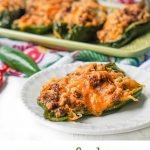 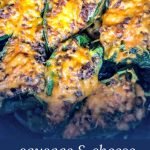 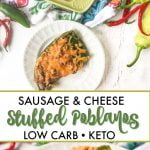 If you want an low carb appetizer for your next party or keto snack, try these low carb sausage & cheese stuffed poblanos. They cook so quickly and easily in the air fryer but if you don’t have one, you can make them in the oven. Each has 5.6g net carbs.

When I first started dating my husband, his mom made something called hanky pankies. They were a cheesy pork and beef mixture on mini toasts and very delicious! Since I don’t often eat bread these days, I thought that filling would be great in a poblano pepper.

So I made these low carb sausage & cheese stuffed poblanos. There were a breeze in my air fryer but of course you could also make it in the oven. Each stuffed poblano has only 5.6g net carbs too!

Why I Love Poblano Peppers

I’m fairly new to poblano peppers.  My husband grew them last year in his garden and we just loved the taste. It has that green pepper taste but it’s not bitter and has just a bit of heat.  That heat is from capsaicin which is thought to fight cancer and help with weight loss. It is also hight in antioxidants, vitamin A and vitamin B2.  Learn more about the health benefits of poblanos here.

I just love them because they taste so tasty and are easy to stuff! You can also make chili rellenos with them! Below is a photo of different peppers my hubby grows in his garden. I just wanted to point out the different peppers if you are looking for them in your grocery store. 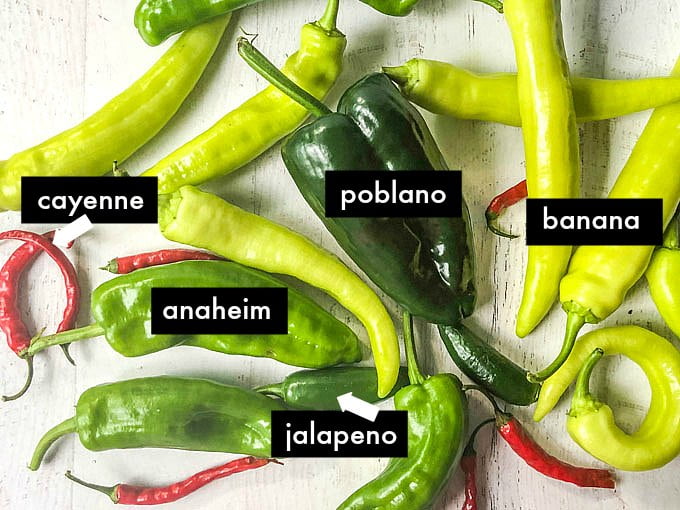 Pepper Tip:    If you grow a lot of peppers, try drying and grinding them. These pepper powders add SO much flavor to soups, stews and any Mexican flavored dishes you make.

Why I Love My Air Fryer

I used to think I loved my Instant Pot the most of all my kitchen gadgets but the air fryer is climbing the ranks. I’ve started making more and more dishes and it’s so quick and easy. In some cases it actually cooks better than my oven. Even if you don’t like to cook, you might like the convenience of an air fryer. It might be a good Christmas present for you or someone else!

By the way this is the air fryer I bought. So far so good. It has a pretty large basket (I’ve cooked a whole chicken) and it’s simple to use (not too many buttons and gadgets). I did a little research and this is the one I thought would work best for me and so far it’s been great! 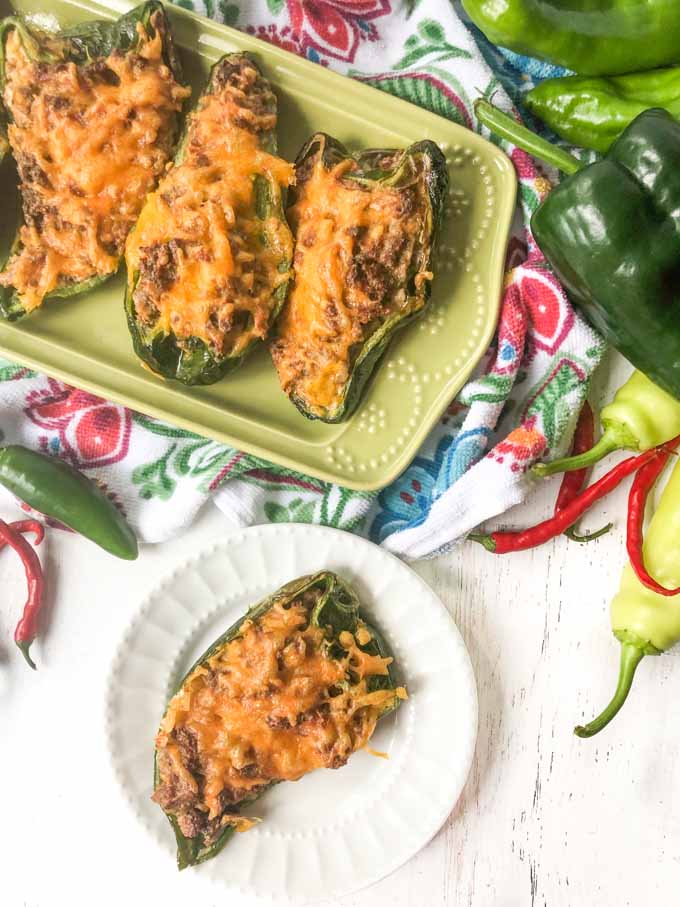 This is a really easy recipe. First you want to cut your peppers in half and clean out the seeds and stems. Next  brown the ground beef and sausage in a large skillet and then drain the excess grease.

Mix in ½ of the cheddar cheese, cream cheese and Worcestershire sauce until the cheeses have melted. Take this mixture and stuff the peppers and top with remaining cheddar cheese. 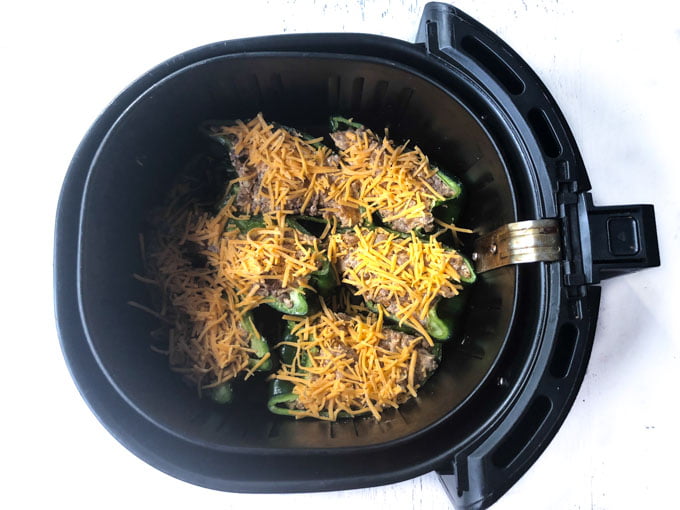 Place the peppers in the basket of the air fryer (spray with cooking spray first). Cook at 350°F for 15 minutes. 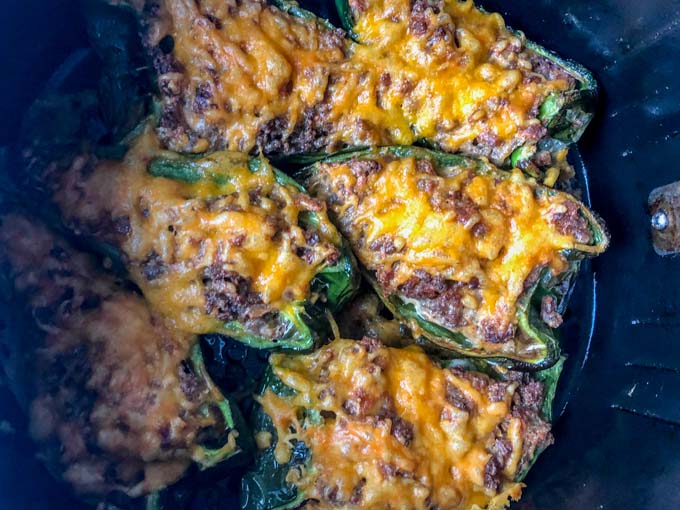 When they come out they should look like the photo above. As you can see my peppers have thin walls so they are very soft and delicious. If yours are thicker, place them back in the air fryer for 5 more minutes or until have softened. 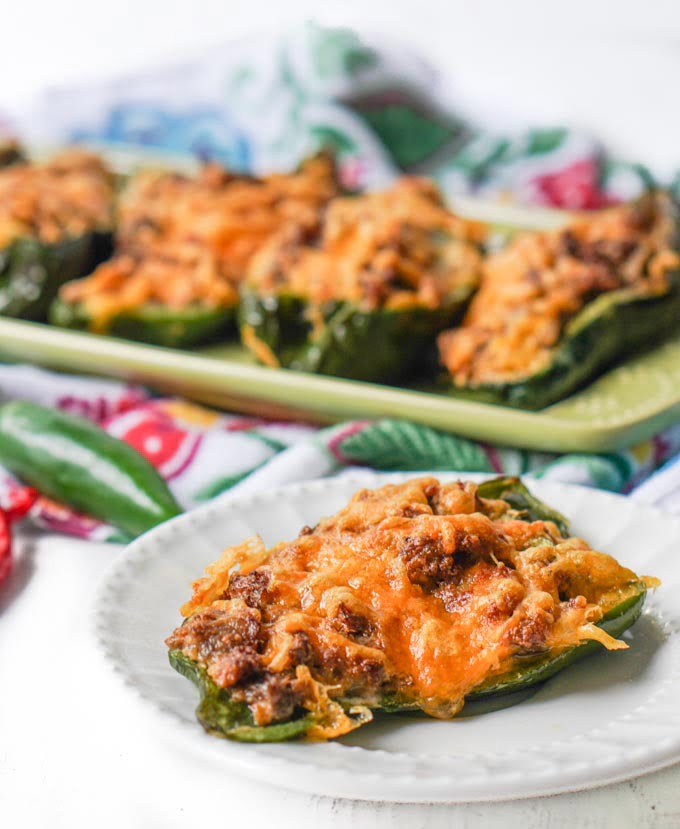 How To Make These In The Oven

If you don’t have an air fryer, I would first blanch or cook the peppers in the microwave before stuffing. Once they have cooled, stuff them with the meat mixture and top with cheese. Place them in a baking dish and cook for 20 – 30 minutes in a 350°F oven.

Other Peppers To Use Instead Of Poblanos

If you don’t have poblanos you can try any larger type of pepper. You could use sweet bell peppers, banana peppers, Anaheim peppers or even green peppers. However I really like the poblanos. I have often seen them in Walmart so check there if your local store doesn’t carry them. Check out the photo at the top with the labeled peppers so you can identify them in the store. 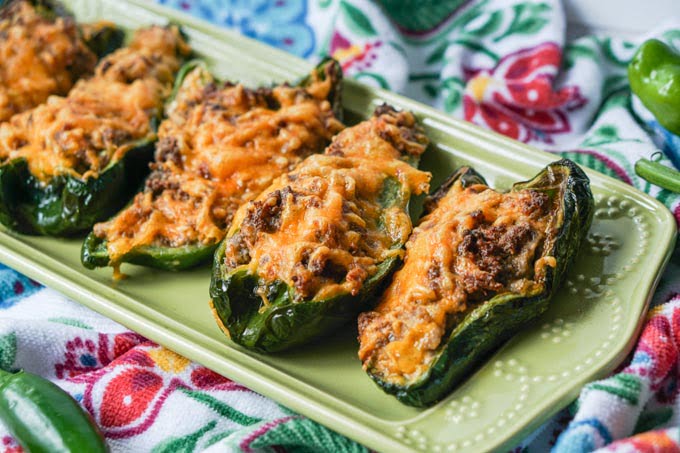 Well I think that is the end of my air fryer stuffed peppers. The peppers just cook so well in the air fryer that I went a little crazy with all the recipes. These were delicious though and I hope you give them a shot. The nutrition for 1 serving is:

You might also want to check out my friend Laurien’s keto sausage stuffed peppers … they look awesome! 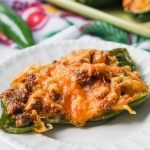 If you want an low carb appetizer for your next party or keto snack, try these low carb sausage & cheese stuffed poblanos. They cook so quickly and easily in the air fryer but if you don't have one, you can make them in the oven. Each has 5.6g net carbs. 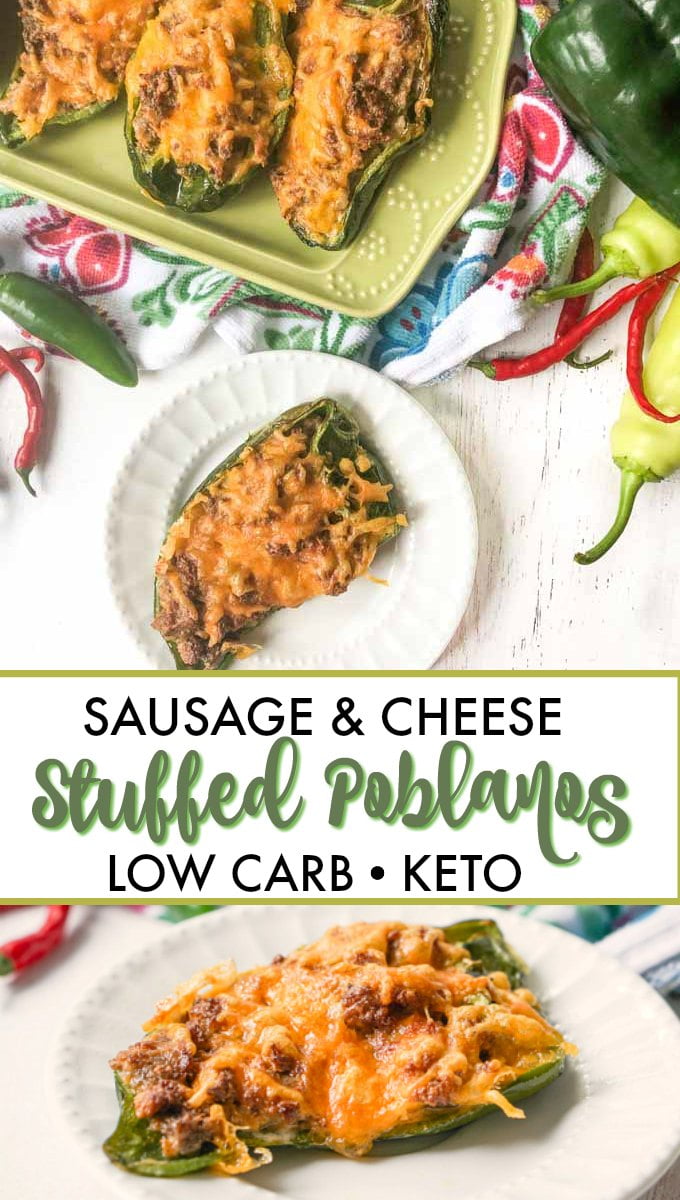