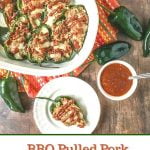 These bbq pulled pork stuffed poblanos work as a low carb appetizer, snack or even dinner. The poblanos have bit of heat, while the bbq pork has sweetness and spice and the cheddar cheese pulls it all together.  Only 4.3g net carbs per stuffed pepper.

You might also these low carb chicken stuffed poblano recipe.

We have been pepper crazy here all summer but I can definitely tell you poblano peppers are our favorite. They have such a unique flavor and my hubby has been going crazy with his dehydrator and smoker. I will tell you more about that in a future post. Anyway, one day I decided to stuff them with my zesty garlic pulled pork and cheddar cheese then topped it with my sugar free bbq sauce. Perfection! These bbq pulled pork stuffed poblanos make for a delicious low carb appetizer, or eat them for dinner like we did!

As mentioned I have a zesty garlic pulled pork recipe that I make in the slow cooker. You really need to make that or use your own recipe if you want. Essentially you stud a pork shoulder with slices of garlic and rub a paste of lime juice, lime zest, salt, cumin and oregano all over the roast. Slow cook it all day and it will shred perfectly and be full of flavor. We eat this a lot for tacos or on salads. However you can add some bbq sauce and it’s good for bbq pulled pork too! 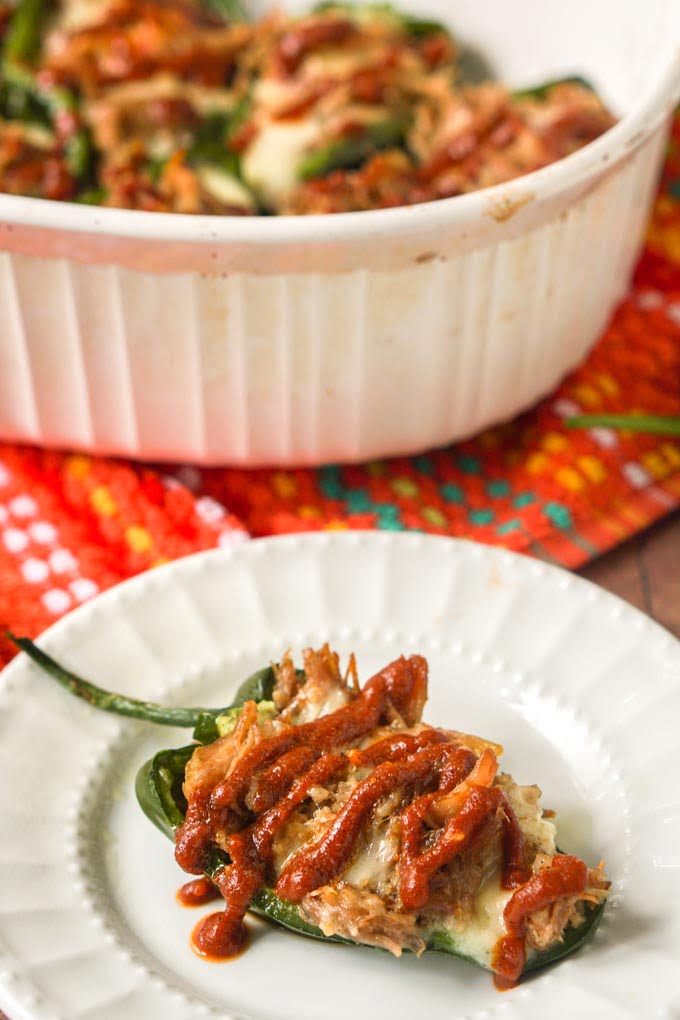 Below you can see the raw and cooked poblano peppers. I first cut them in half and clean out the seeds. I like to keep the stems on because they are easier to handle for me. Then I place them in a pot of boiling water for 8 minutes, take them out and plunged into a bowl of ice water. Place the peppers in a baking dish and they are ready to stuff. 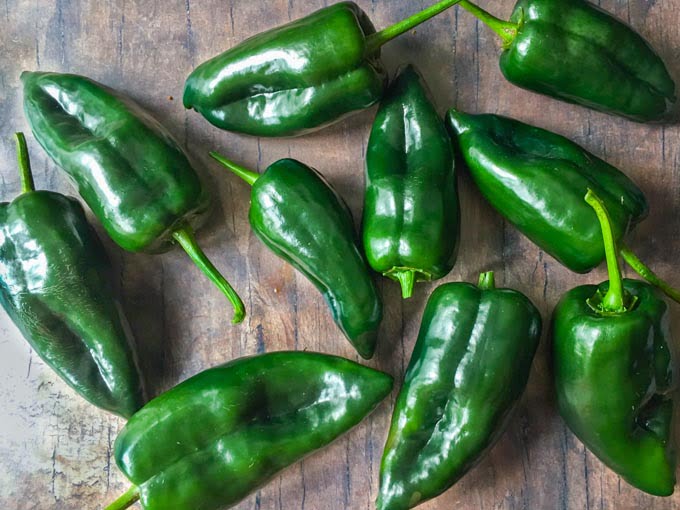 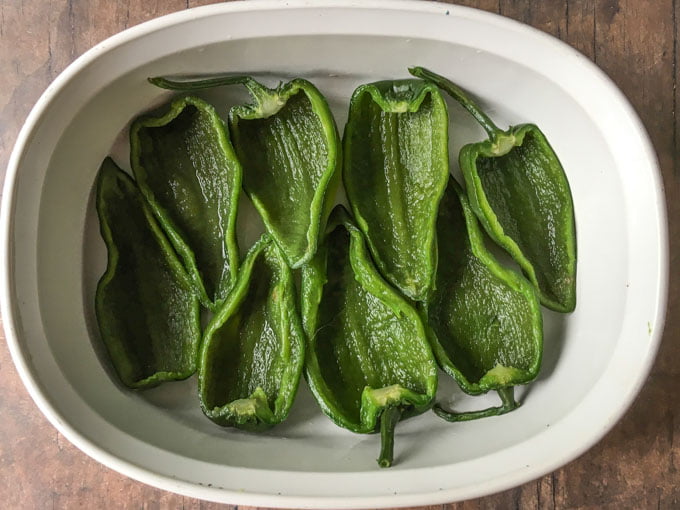 I took about 2 cups of the cooked pulled pork and mixed it with diced cheddar cheese. I like to use a white sharp cheddar because I feel it has more flavor. Then spoon this mixture into the peppers and bake for 20 minutes.

When they come out of the oven spoon about 1 tablespoon of the low carb bbq sauce on top. You can find that recipe here. I also found this sugar free bbq sauce on Amazon that has good ratings. 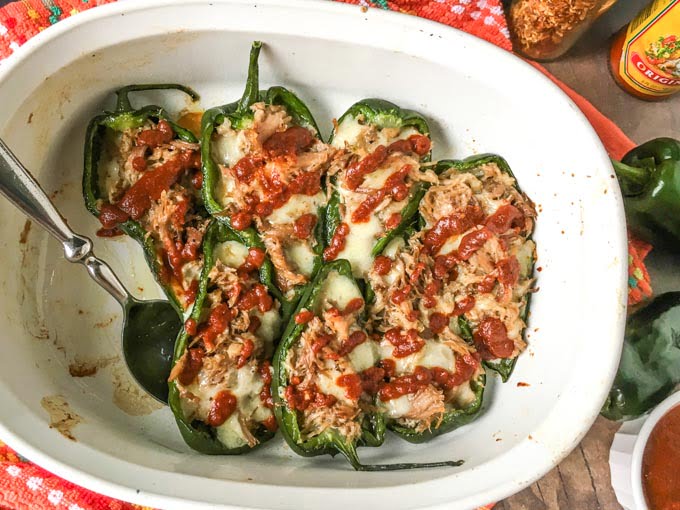 You can also add the bbq sauce before baking but I thought it might look messier. Either way will work because the pork and cheddar have alot of flavor themselves and are not reliant on the bbq sauce. So when this recipe is done, you will have extra pulled pork that you can use for another meal and extra sauce you can use for something else. 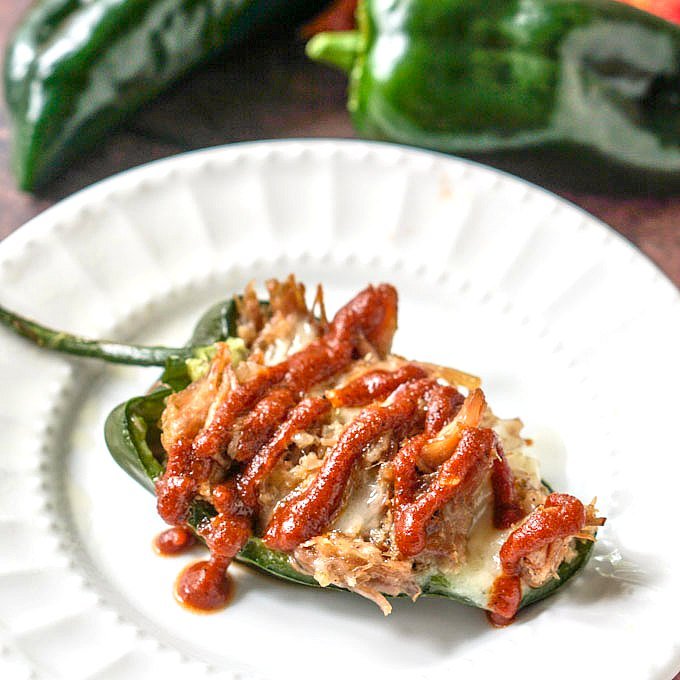 We loved these peppers and I wish I made extra so that I could freeze for another day. I think they would make a great low carb appetizer and I think I will try that for my son’s family birthday party. You could easily make these the day before and cook right before the party.

The nutritional information was a bit tricky to calculate since I used two older recipes in this one. So below is for 1 pepper with 1 tablespoon of sauce: 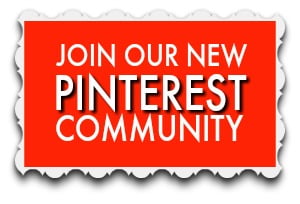 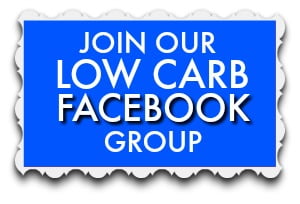 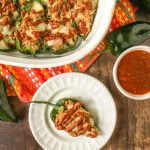 These bbq pulled pork stuffed poblanos work as a low carb appetizer, snack or even dinner. The poblanos have bit of heat, while the bbq pork has sweetness and spice and the cheddar cheese pulls it all together.  Only 4.3g net carbs per stuffed pepper.