These Greek chicken stuffed peppers are an easy yet delicious meal that is low carb and Paleo too. A healthy meal under 30 minutes and with only 4.2g net carbs per pepper! 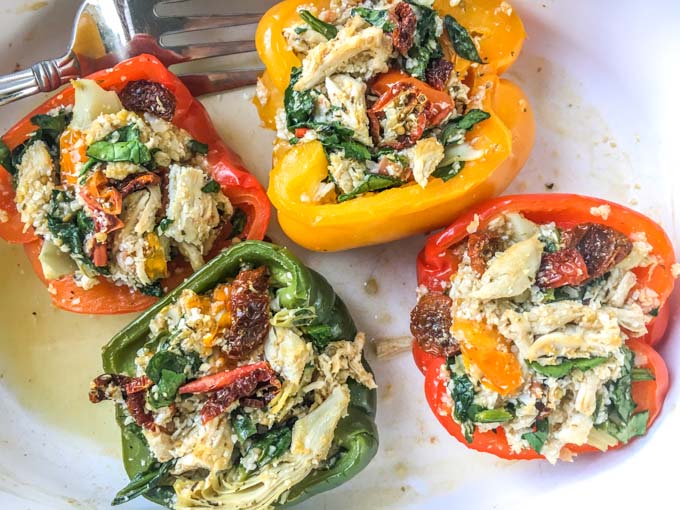 I like stuffing peppers because they are like mini self contained casseroles in away. The peppers are kind of like a little low carb bowl that you can eat. Anyway this is essentially my Tuscan Chicken dish stuffed into a pepper.

Using cauliflower rice in the stuffing

This is an easy recipe and you can probably get it done in 30 minutes. I added some cauliflower to act as a kind of rice but honestly it’s not necessary. It bulks up the filling and is so good for you, so why not?

Below you can see I have used basically the same ingredients as the Tuscan chicken dish and just added cauliflower rice and a jar of artichoke hearts instead of the artichoke salad.

Note when I originally made this I used Aldi’s artichoke salad. However this time I used their marinated artichoke hearts in a jar because the carbs are lower. This did not alter the taste at all. You can find the jars right next to the artichoke salad in Aldi stores. 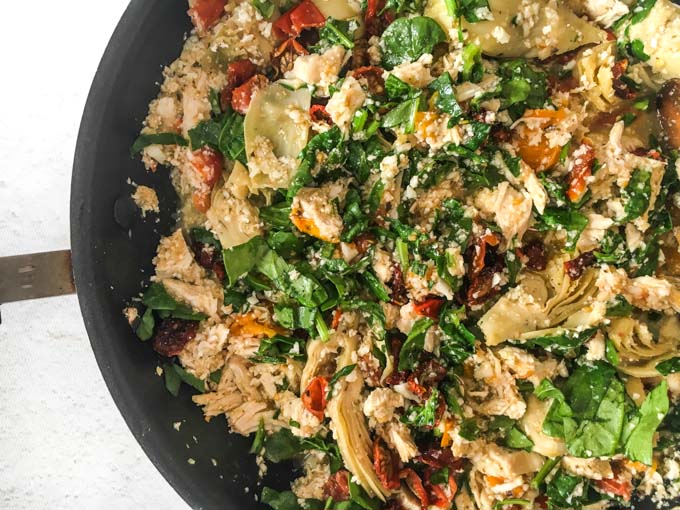 Make the stuffing in 10 minutes on the stove.

I made this dish rather quickly. It took about a half hour to make which is nice. I precooked the peppers in the microwave so that cut down on the oven time. I used already cooked chicken so once the filling was cooked on the stove it was pretty much ready to eat. 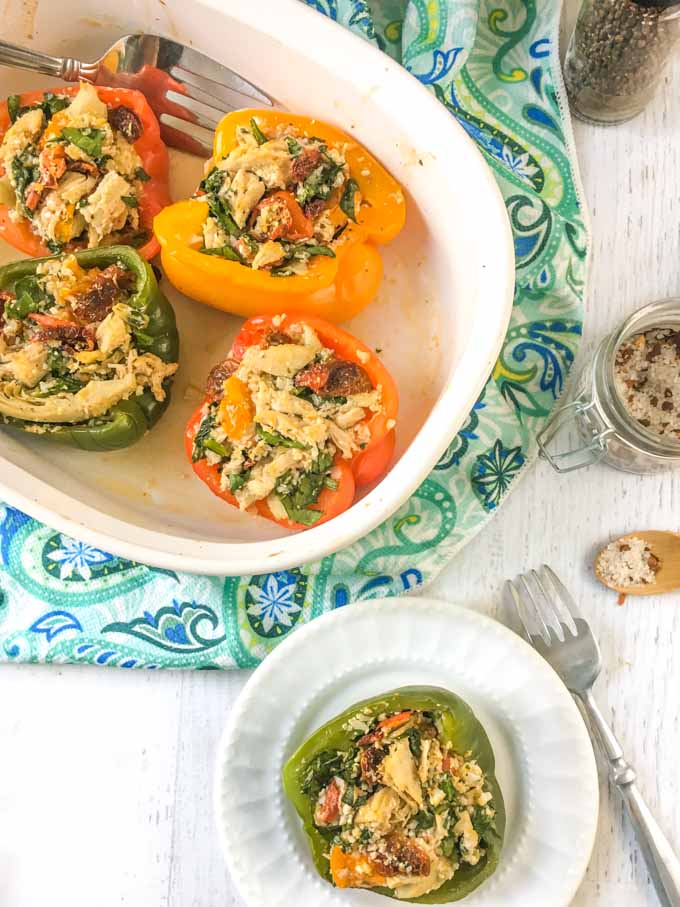 Below you can see them coming out of the oven. I thought about adding feta but honestly they didn’t need it. There is so much flavor in that stuffing. It’s full of chicken, spinach, artichoke hearts, sun dried tomatoes, grape tomatoes, olives, garlic and spices.

Yes I could have taken my time to make them look prettier. I’m sure you will do a better job than I did. But they still tasted great. I’m embarrassed to say that my hubby and I ate most of them. My hubby really raved about these peppers and that is why I love cooking sometimes. Making your family happy with food. 🙂 The nutrition for 1 pepper is: