These loaded potato waffles are not only quick and easy to make, they taste delicious. A new way to eat your potatoes! 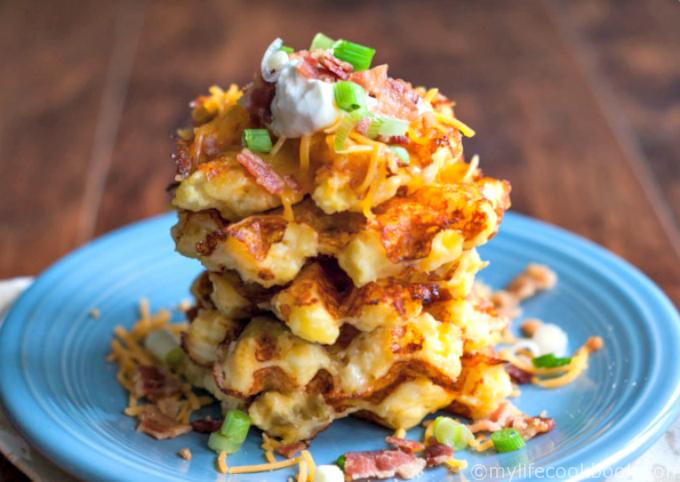 When some of my blogging friends came up with the a potato challenge for St. Patrick’s day,  I thought what can I do that’s a little different? Then I remembered my son Max telling me once that he wanted to invent a burger with loaded fries on top. While that would be a bit much I did make him these loaded potato waffles instead. He was off school and I wanted to make him this special treat. 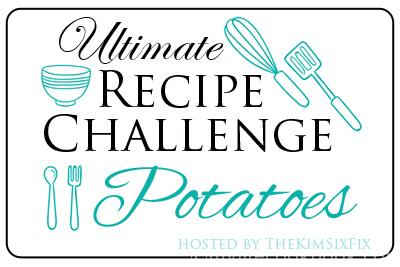 So the Ultimate Recipe Challenge was potatoes this month. If you scroll down you can see some other great potato recipes my friends made. For this particular dish, let’s start with the potatoes. I bought some little golden potatoes in a  steamable bag from Aldi. I had never had those before but I liked the small size and they were thin skinned so I didn’t even have to peel them. All I had to do was microwave them and once they are cooled, mash them up a bit with a potato masher. 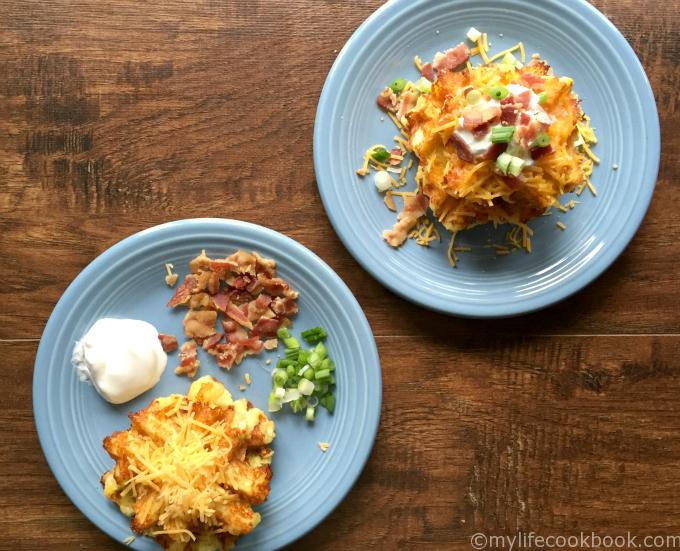 Now for the waffle part. You know I love my waffle iron. We bought it at Target for $20 and it’s the best. Nothing ever sticks to it and you don’t have to grease it at all. I have a bevy of savory waffle recipes (pizza waffles, zucchini waffles, savory breakfast waffles) so I used the same basic recipe; eggs, cooked potato and cheese. Mix them together and wafflize! (not a word I know) Then top with more cheese, bacon, sour cream and green onion. For Max we nixed the sour cream and green onion. 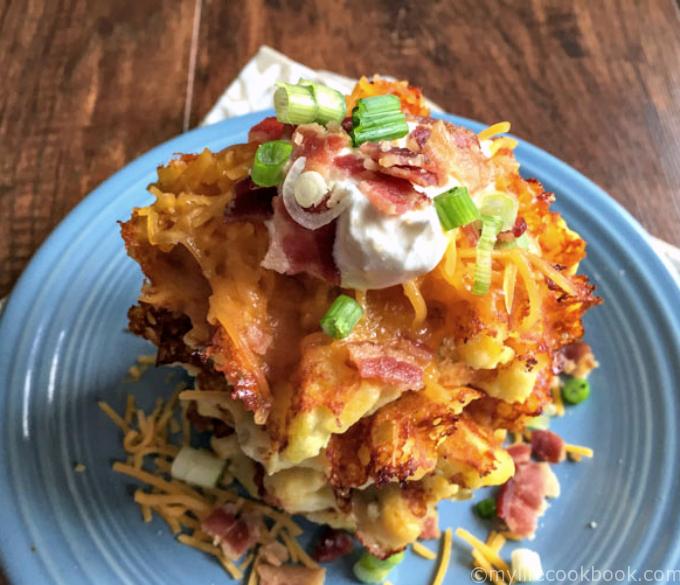 We got 6 small potato waffles out of the recipe, but you can double it if you want more. I always make my savory waffles smaller. They never seem to stick and I think it’s because of the smaller area I’m using. Keep that in mind if you make a bigger one and they stick. Also you can top them with whatever you like or just eat them as is and they are quite delicious. 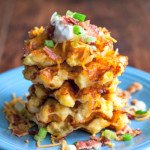 So this was my recipe for the great potato challenge of 2016. Just in time for St. Patrick’s day and all things Irish. I hope you enjoyed it. Now you can go off and explore some other great recipes from my friends! 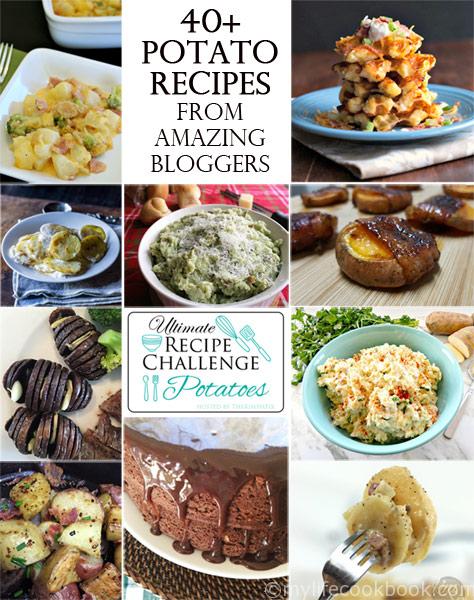 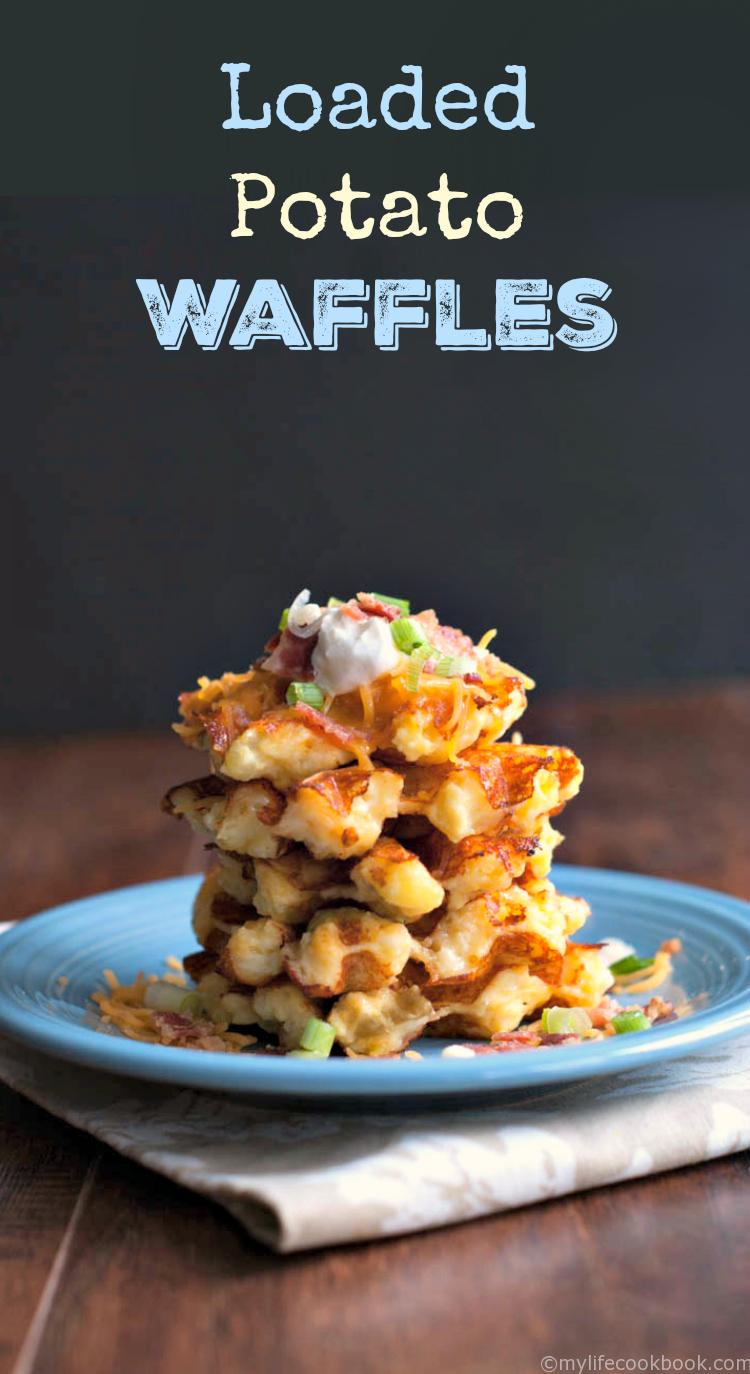