This cauliflower chorizo hash is a quick and easy low carb side dish. Simple, healthy, tasty and only 4.6g of net carbs. 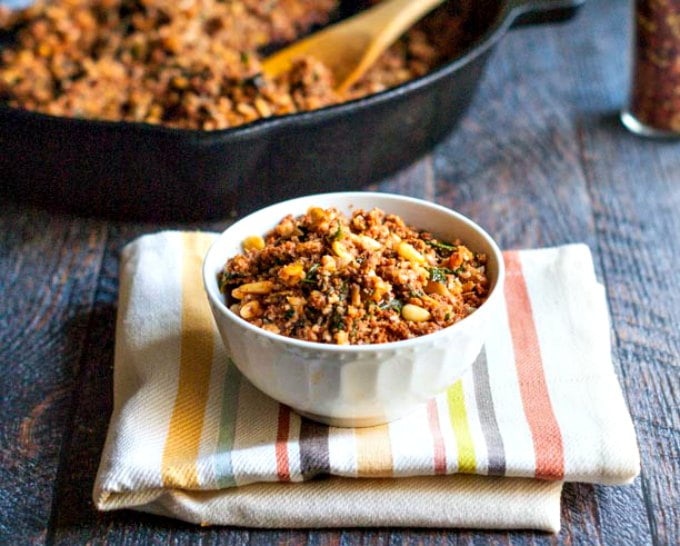 I was fooling around in the kitchen one day trying to make something different for lunch, and I came up with this cauliflower chorizo hash. I use riced cauliflower quite a bit in my recipes (mushroom & brie, spinach & tomato, cashew curried vegetable). For me it really can take the place for rice, at least most of the time.

Anyway, my husband ate some and really liked it, so I thought I’d share it with you today. It’s very simple (as most of my recipes are) and it’s low carb (which many of my recipes are). Another nice thing about this recipe is that it really takes no time at all.

The reason I made this dish in the first place was because I had some chorizo in the refrigerator. I bought it at Aldi and I’m not sure if it’s a regular item or not but I liked it the last time I had it. It comes in two 6oz tubes of spicy, meat paste. It seemed a bit strange to me because I always thought chorizo was supposed to be more like a dried salami.

What type of chorizo

It turns out that this is Mexican chorizo which is made from raw pork and spices, while Spanish chorizo is usually smoked. I didn’t realize that there were two kinds until I read this article from the Kitchn. Because this was uncooked, it made this dish more of a hash. I think if you used the Spanish cooked chorizo it would still be good but it would be different. Also I accidentally bought the mild chorizo instead of the hot.  I personally like things hot and spicy and would have preferred the hot but if you are buying your chorizo at Aldi, know that they offer both mild and hot. 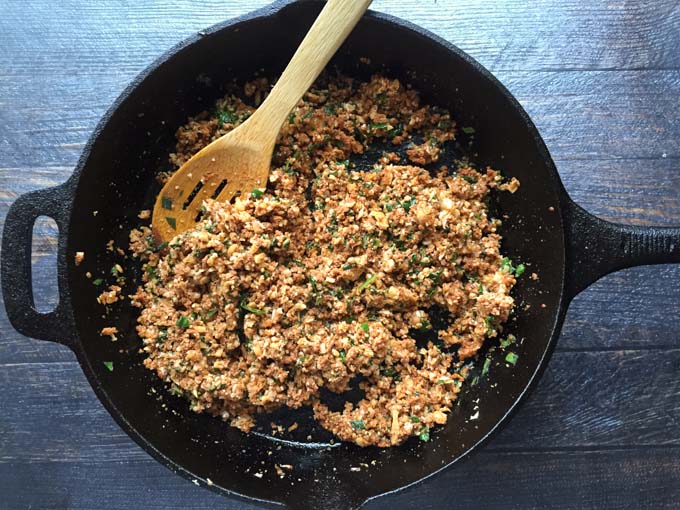 Above you can see how easily it cooks up in a skillet. To make this tasty dish, I first browned the chorizo, then added the riced cauliflower. I sautéed them for about 5 minutes and at the end added the minced spinach. Then I took the skillet off the heat and sprinkled some toasted pine nuts. That’s all there is to it.

To toasted the pine nuts, just add them to a dry pan over low heat and stir for a few minutes until they turn toasty brown. Watch that they don’t burn. I burn mine often and that bums me out because pine nuts are expensive these days and I just love them! You can also try slivered almonds instead of pine nuts. 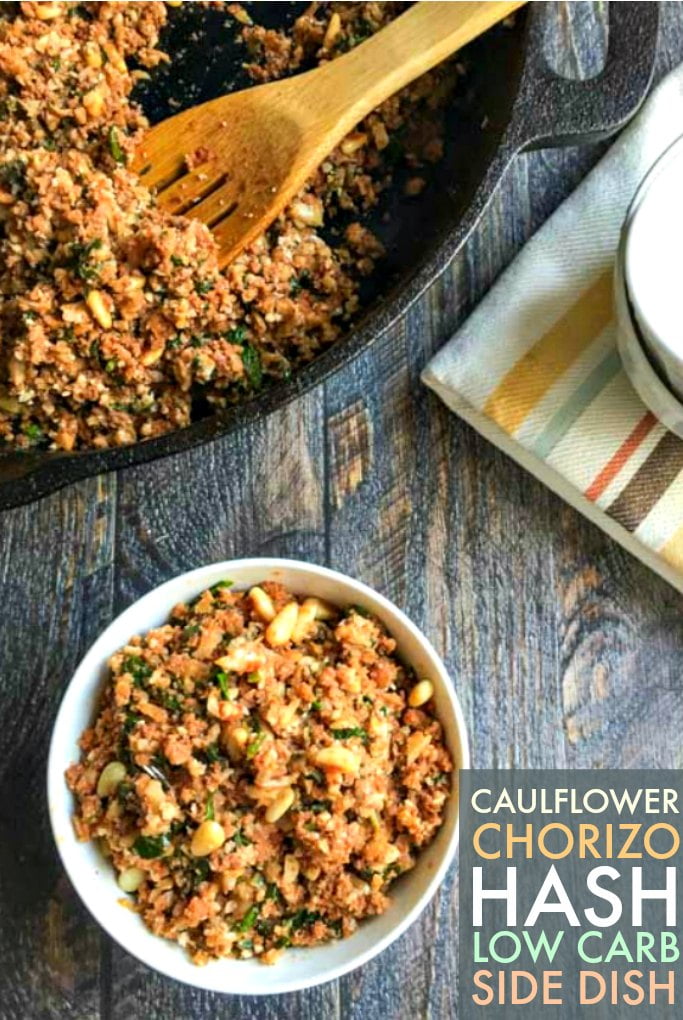 Well I love when I concoct something new and it turns out good! I hope you get a chance to try this and like it as much as me and the hubby did. Here’s the nutrition for 1 serving. 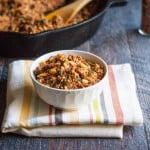