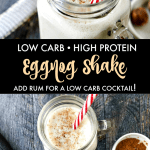 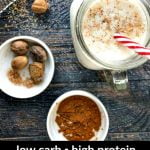 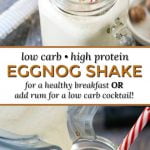 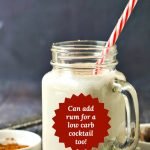 This is the perfect time of the year to make a low carb eggnog shake. Makes for a healthy keto breakfast drink or you can use it to make a cocktail! It’s low in carbs, high in protein but also tastes delicious and there are no raw eggs! One serving has only 2.5g net carbs and 14.3g of protein! This drink would make a good low carb meal replacement shake.

I confess I’ve never had eggnog until a few weeks ago. It never sounded appealing to me but my hubby bought some and my son loved it. So I dutifully tasted it and decided to make this low carb eggnog shake for my son.

It’s healthy and full of protein yet it’s low carb and the taste is delicious! And I admit I really like it too. In my opinion it’s better than the eggnog my hubby bought and doesn’t contain any eggs! Plus I think it would be a pretty good meal replacement.

You can also drink it as a cocktail with a little added rum. But I don’t suggest you use the rum for your breakfast smoothie. 🙂 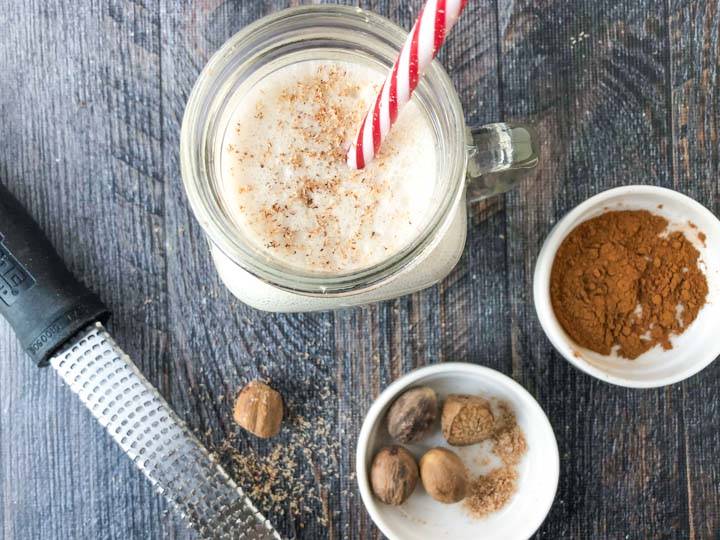 As I mentioned above you can make this as a morning smoothie or as a cocktail. The only added ingredient would be rum for the cocktail. The other low carb ingredients I used were almond milk, heavy cream, cinnamon, nutmeg, Swerve confectioners sweetener, Isopure Zero Carb Vanilla protein mix and glucomannan.

By the way, I used protein powder in this smoothie because it adds flavor, thickness and of course protein as well as other nutrients. 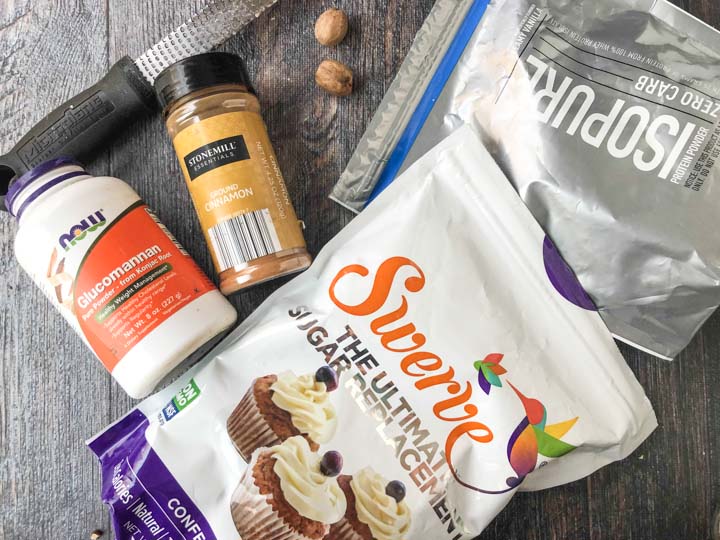 First of all let me say that you don’t need to have glucomannan to make this eggnog drink. Glucomannan is considered a dietary fiber. It is made from the roots of a special yam and is also called konjac. It’s the main ingredient of shirataki noodles if you know about those.

Glucomannan can be added smoothies and drinks to thicken and to add fiber. Because the fiber and carbs are the same, the net effect is 0g so that’s why I like to use it in smoothies, gravies or sauces to thicken sometimes. But again it’s optional in the recipe.

All you need to do is whizz all the ingredients together except the glucomannan in a high speed blender like a Vitamix. I also added some ice to make it frosty. The ice will also thicken the shake if you don’t have any glucomannan.

To make this into a keto eggnog cocktail all you have to do is add rum. Rum doesn’t have any carbs so this would be a rather healthy cocktail????? This recipe makes 2 servings so you will want to use 2 shots of rum in the whole thing. You could also use vodka or bourbon and they also do not have any carbs. They all have calories though. 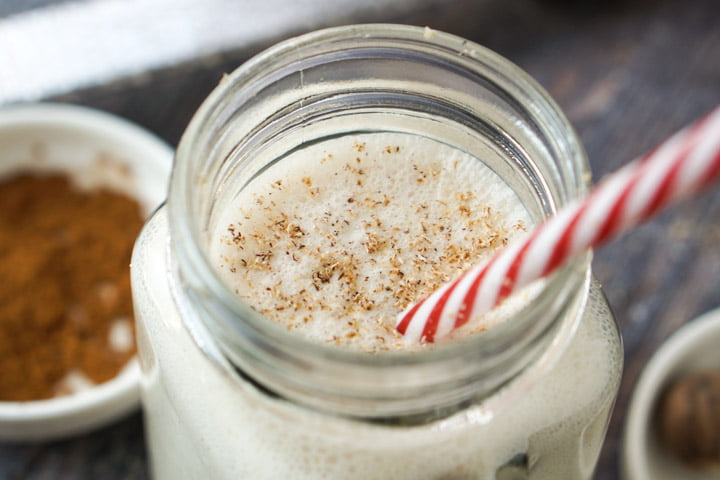 Well this is our new favorite low carb smoothie and I hope you like it too. The nutritional information for 1 serving is: 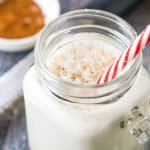 This is the perfect time of the year to make a low carb eggnog shake. Makes for a healthy keto breakfast drink or you can use it to make a cocktail! It's low in carbs, high in protein but also tastes delicious and there are no raw eggs! One serving has only 2.5g net carbs and 14.3g of protein! This drink would make a good low carb meal replacement shake. 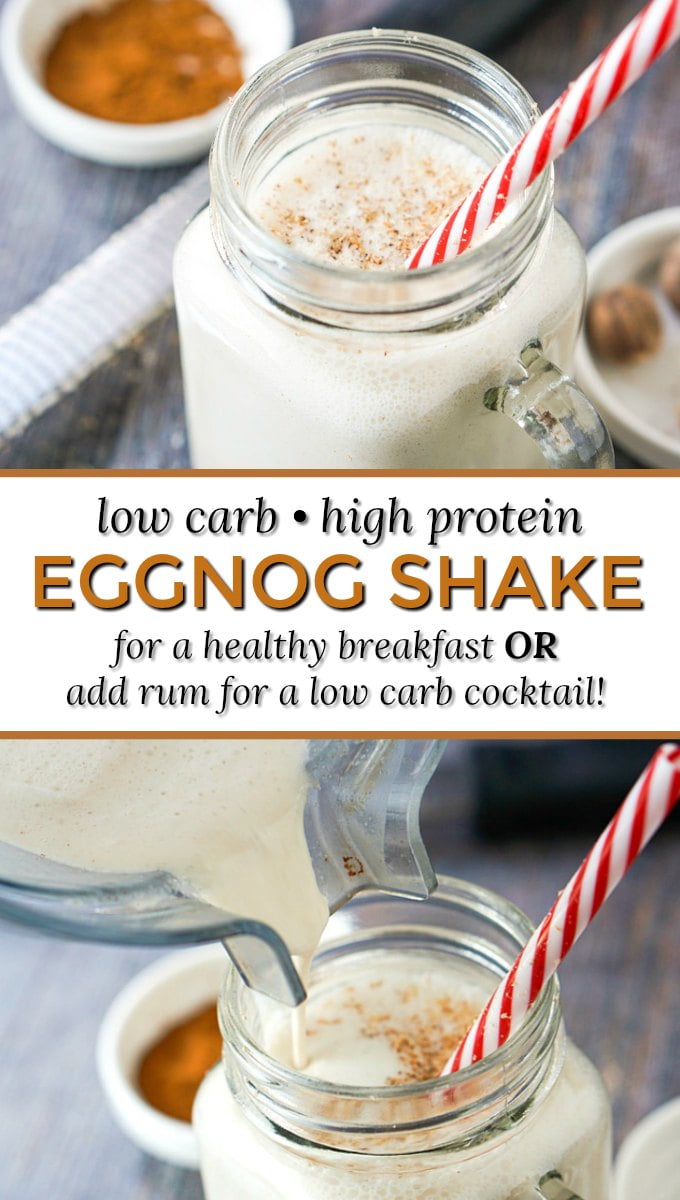