This hot cinnamon buttered matcha has the buttery, cinnamon goodness of a piece of buttered cinnamon toast. Matcha tea has great health benefits and tastes great in this warming low carb drink. Only 0.4g net carbs per serving! 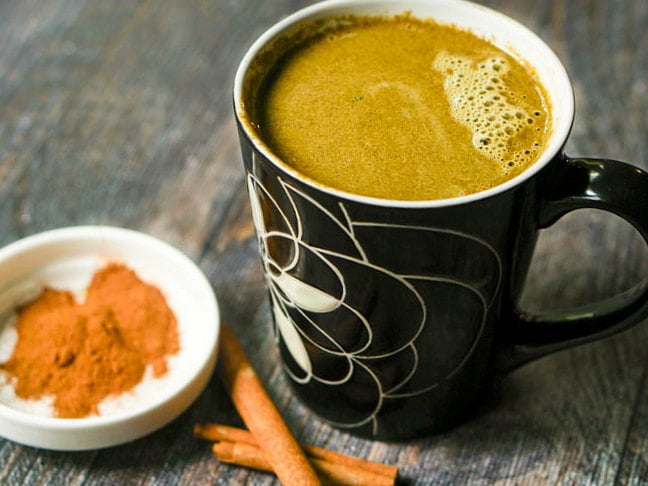 I am always trying to think of new ways to drink my matcha tea and today I was craving cinnamon. So I thought about the flavors of a buttery piece of cinnamon toast and came up with this hot cinnamon buttered matcha recipe. This is a very simple recipe but you won’t be disappointed and it’s only 0.4g net carbs per serving.

Butter tea which is sometimes called Tibetan tea because they commonly drink it in Tibet. Traditionally it was made from tea leaves, yak butter, water and salt. The butter adds calories and energy that is why it is popular these days on keto or low carb diets. Bullet proof coffee also uses butter or other healthy fats and you would be surprised how tasty it is. When made in a blender the butter gives your tea or coffee a rich creamy taste to the beverage. Try it once and you will be hooked, though note I don’t use yak butter. 🙂 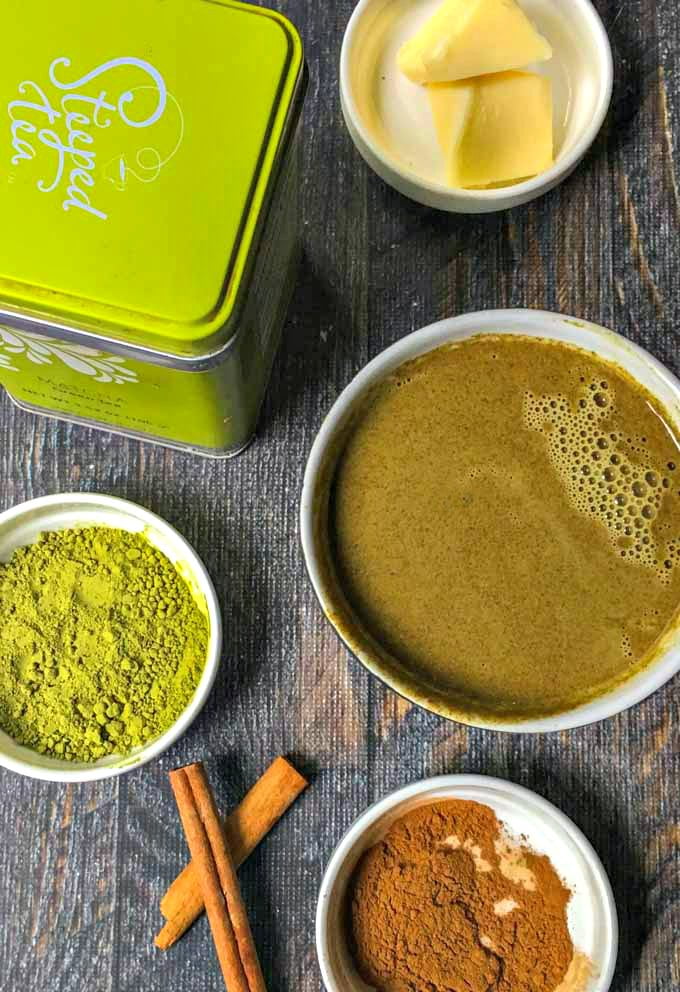 Matcha is a variety of green tea in which you consume the whole, powdered leaf. It’s not infused with a teabag or infuser like other teas. It’s the whole tea leaf ground into a powder which you can see in the above picture. It’s a great source of antioxidants and phytochemicals and has much less caffeine than coffee and tea (1/2 teaspoon matcha = 35mg/8oz, brewed coffee = 162mg/8oz, black tea = 42mg/8oz ). 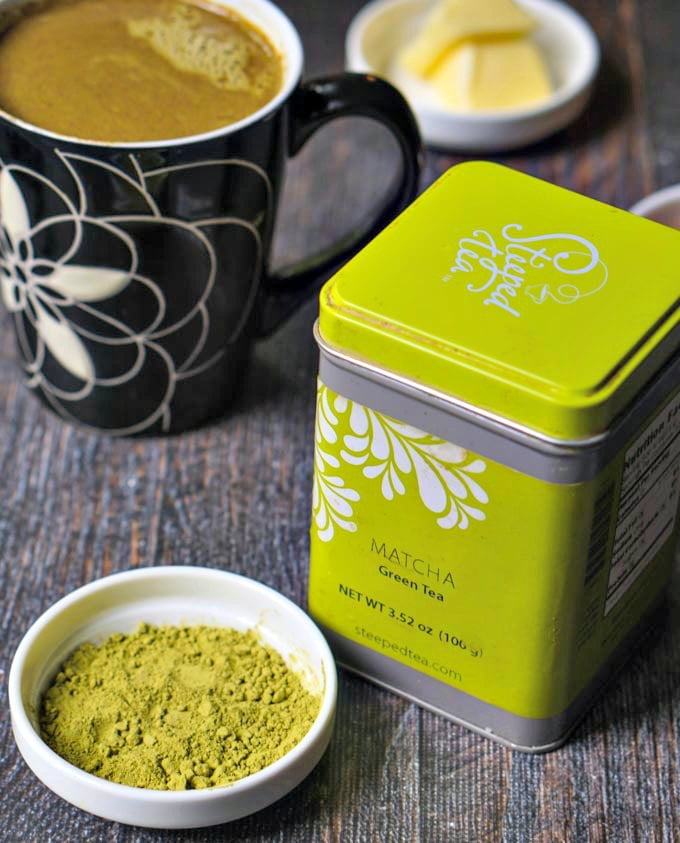 This is very similar the the Minty Buttered Matcha from a  few months back. All we are using is matcha tea, cinnamon, butter and Swerve sweetener. I use Kerrygold grassfed butter because I just think it tastes better but you can use whatever you have on hand. And while I used Swerve sweetener, originally I used coconut sugar and it doesn’t make or break the recipe. Therefore  if you prefer another type of sweetener go for it. Lastly I used water but I think almond milk or even coconut milk would be good here too.

So all you do is put all of your ingredients in a high speed blender and whiz until frothy. If you are using almond milk or coconut milk, you will have to heat this up first. That’s all there is to it.

I hope you enjoy these matcha recipes! I get my matcha from Steeped Tea which if you are interested you can now buy it from me because I loved their teas so much I now sell it. Just click the graphic below.

Nutritional information for 1 serving with sweetener:

Some of my other matcha recipes: 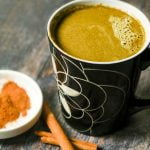 This hot cinnamon buttered matcha has the buttery, cinnamon goodness of a piece of buttered cinnamon toast. Matcha tea has great health benefits and tastes great in this warming low carb drink.