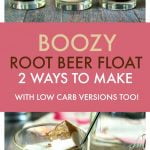 This boozy root beer float can be made 2 different ways.  One using Root liqueur and one using root beer and vodka. I’ve also included a low carb version of each. They make a delicious summer drink or even a boozy dessert! 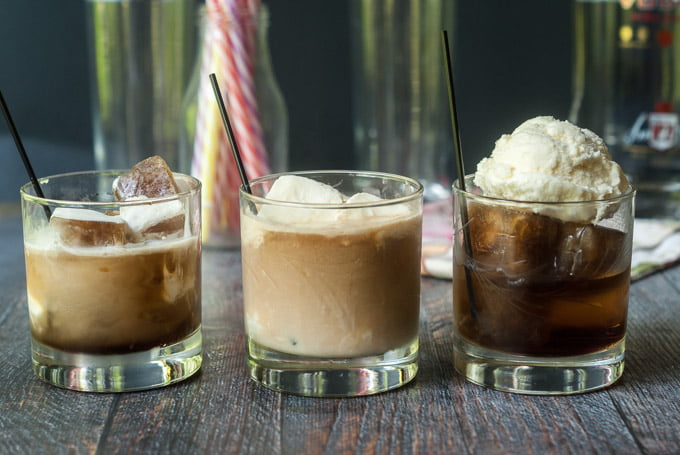 I tasted Root Liqueur while visiting my stepdaughter in Philly a few years ago. I was half in love with the look of the bottle (see below) and with the taste of this delicious liqueur. It’s a little spicier than root beer and quite good on it’s own. However today since we are making simple cocktails at Sunday Supper I thought I’d make this boozy root beer float. I’ve been wanting to make this for years and finally did. It’s just as good as I thought it would be!

I have made two versions for you in case you can’t find Root Liqueur in your local stores. It’s made from scratch by a company called Art in the Age and bottled in Philadelphia.  We can get it here in Pittsburgh but I’m not sure it’s available everywhere. That’s why I made the other version using root beer and vodka. It too is very good. And because I am trying to keep carbs low, I have low carb versions for both types also.

It’s All In The Ice Cubes 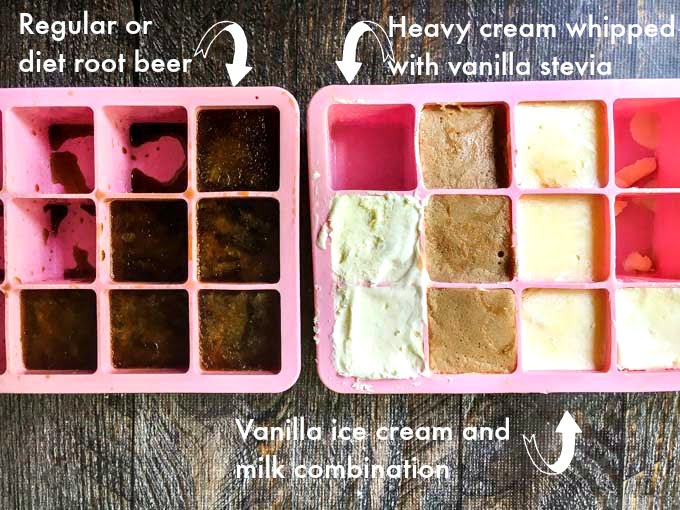 You want to start by figuring out what version you plan on making and then make your ice cubes the night before. Here are your options and corresponding ice cubes:

Isn’t it a cool bottle! I like the back that shows you all the different herbs and spices they use. They were trying to replicate early American root tea using  ingredients such as birch bark, wintergreen, black tea, sugar cane, citrus peels, baking spices and essence of sassafras. This company makes small batches of spirits and some other flavors I know they have made are Snap, Sage and Rhubarb. But they may have moved on to different flavors so if you see any of these, grab them while you can! 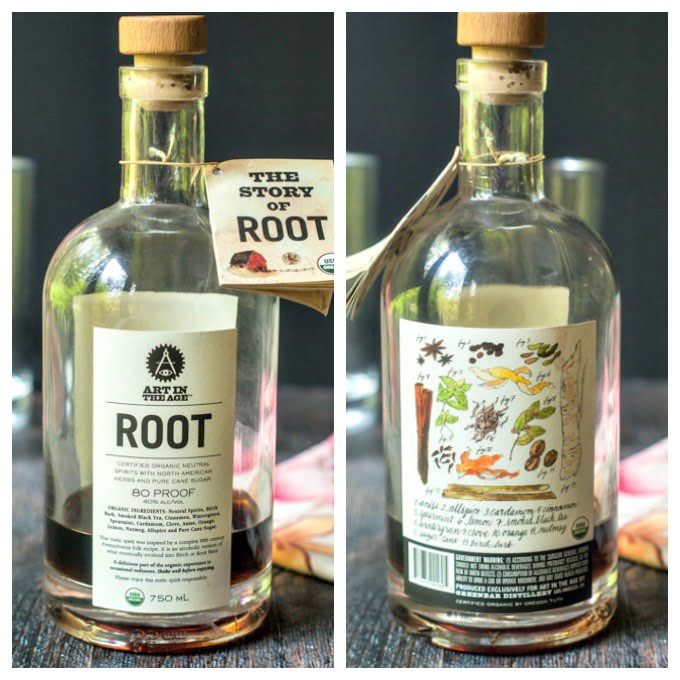 Below is my favorite. It is the low carb version using whipped cream ice cubes and Root liqueur. If you don’t care about low carb, just use the vanilla ice cream/milk cubes and the Root Liqueur. 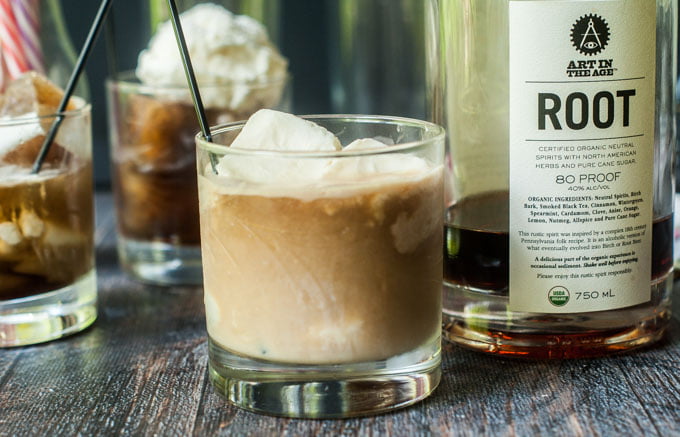 I include these version in case you can’t find the Root Liqueur. This is my other low carb version using diet root beer ice cubes, vodka and heavy cream. It reminded me of a white Russian cocktail with root beer instead of kaluha. 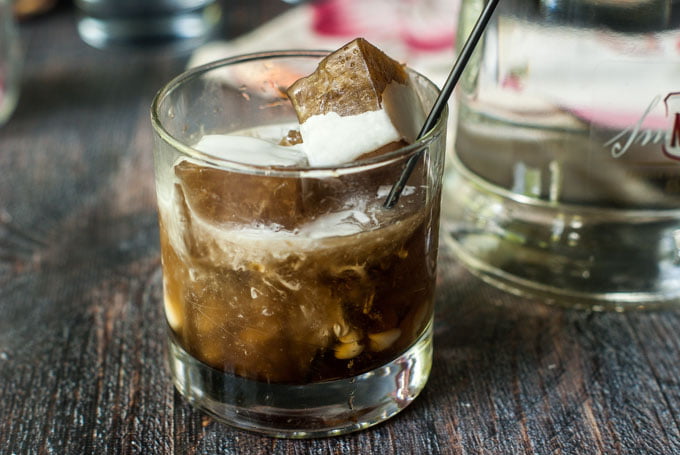 The regular version would of course be using regular root beer ice cubes, vodka and a scoop of ice cream. By the way I used these silicone ice cube trays. They hold 1 oz of liquids and it’s great for freezing broth, coconut milk, and many other things because they all come out so easily and you know each block is 1 oz. 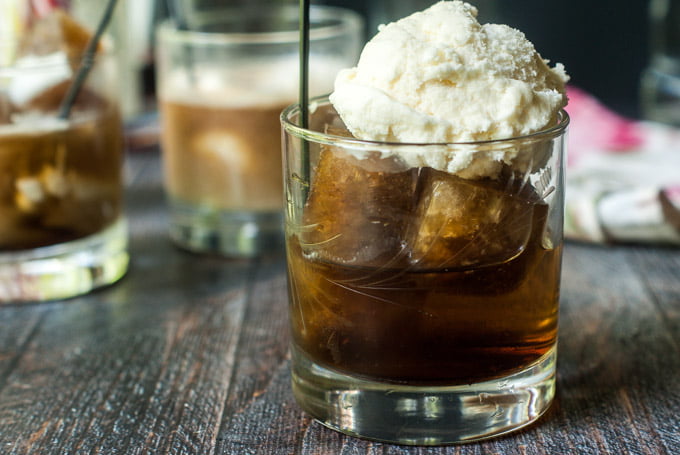 I hope I didn’t thoroughly confuse you with all these options. I had intended to simply freeze ice cream and use the Root liqueur but found that ice cream didn’t freeze hard enough unless you added the milk. And then I worried you couldn’t find Root liqueur. So I made all of these versions! Enjoy this simple (even though I made it complicated) boozy float that could be dessert as well as a drink. Just picture a hot day and the ice cubes quickly melting into your drinks…. yum! Check out some more great drink recipes from my friends below. 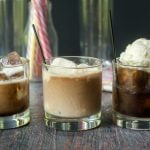 This boozy root beer float can be made 2 different ways. One using Root liqueur and one using root beer and vodka. I've also included a low carb version of each. They make a delicious summer drink or even a boozy dessert!
Cook Time 5 minutes
Total Time 5 minutes
Servings 1
Author Denise Wright (MyLifeCookbook.com)