This is a Paleo Clam chowder using a cauliflower cream sauce instead of flour to thicken it and also sunchokes instead of potatoes. 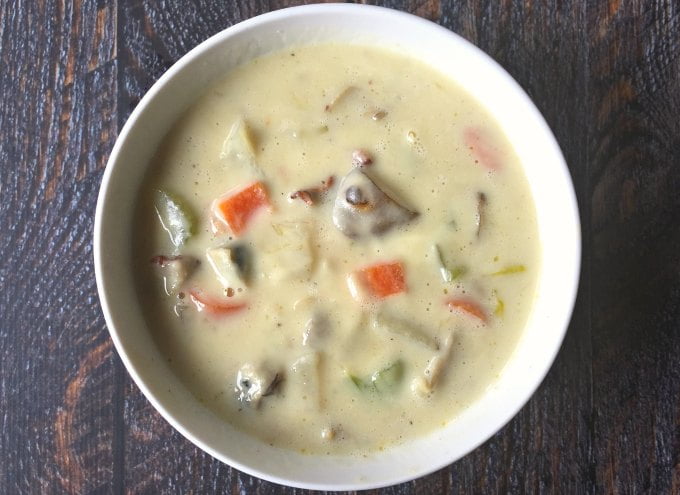 All during lent I was craving a New England style clam chowder. Of course I didn’t get around to making it after Easter but I’ll at least have this recipe for next year. To make it Paleo, I didn’t use flour to thicken it, instead I used a cauliflower cream sauce like the one in my Paleo Chicken Pot Pie Soup. And instead of potatoes I substituted sunchokes. I saw them at my grocery store and had heard about them on Top Chef (one of my favorite shows) so I had to try them. 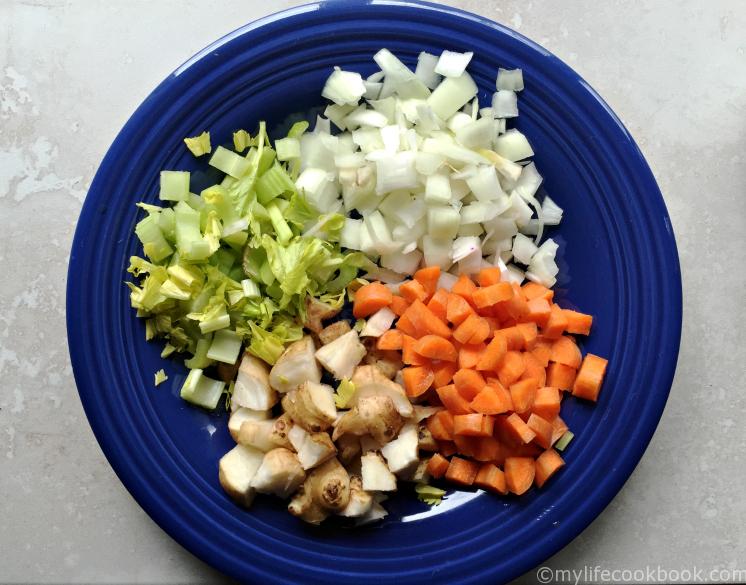 What Is A Sun Choke?

Sunchokes (or Jerusalem artichokes) are a root vegetable that tastes like a potato to me. They are a good source of prebiotics. Most of the carbs in sunchokes are in the form of inulin that provide a source of food for the good bacteria in your body.

But I bought them because they were on Top Chef….and because they taste like potatoes. 😉 As you look at the blue plate above, the sunchokes are between the celery and the carrots on the bottom. They look a lot like a knob of ginger. You can eat them raw or cooked and you don’t have to peel them, very much like a potato. I’ve also made chips with them! 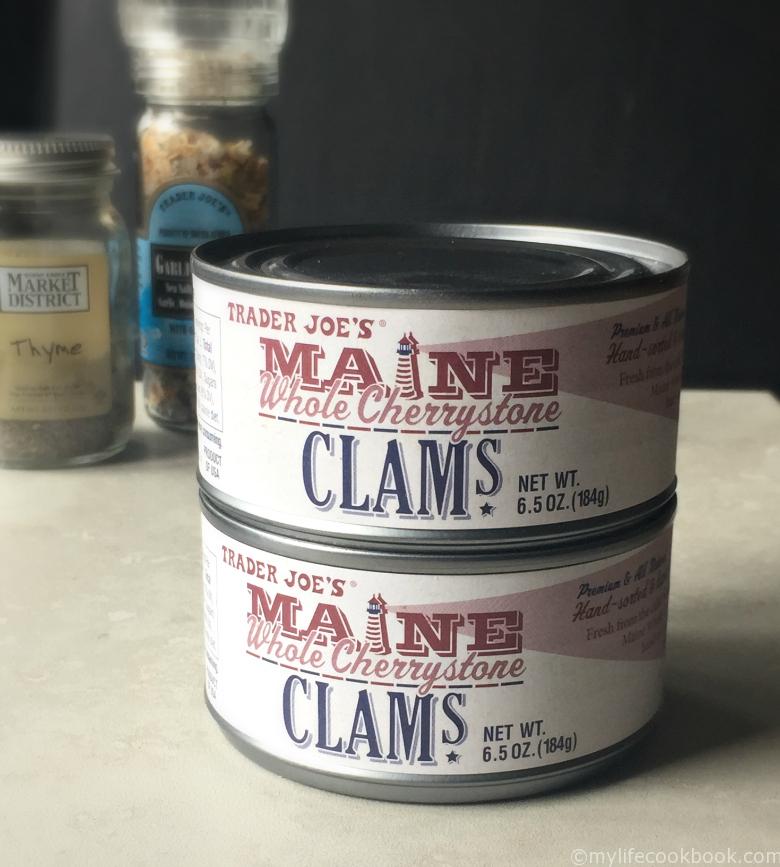 The first thing you want to do is brown your bacon in a stock pot. Once the bacon is done, take it out but kept the grease so you can saute your vegetables and garlic. Once they start to soften, you can add your broth and clams.

These are the clams that I bought at Trader Joes. Unfortunately I didn’t realize they were whole until I dumped them in the pot. I am not a huge clam fan and only like them in little bitty pieces so I had to fish them out and chop them. So unless you like them whole, I would buy chopped clams. However if you are a clam lover, these were quite nicely sized. 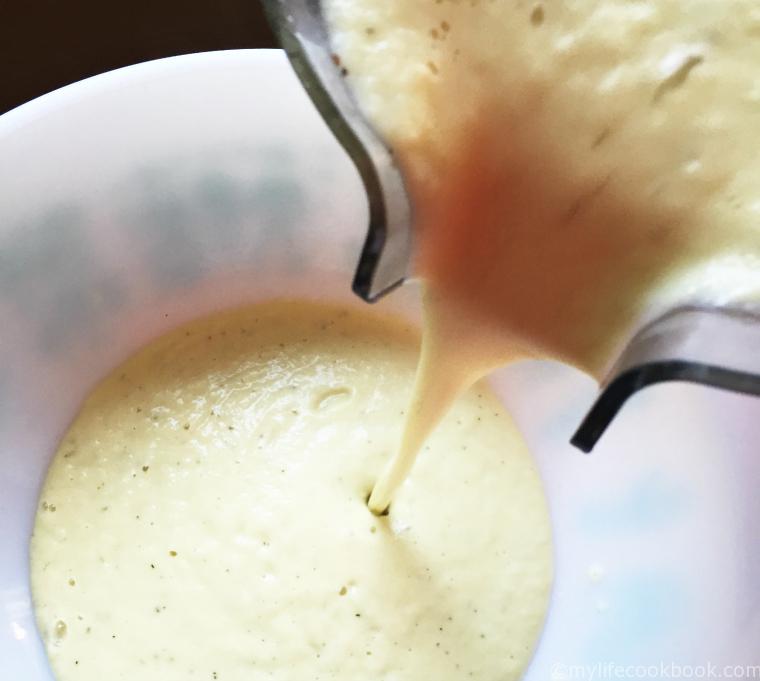 Let the soup simmer while you make your cauliflower cream sauce.  Here is a photo from my Paleo chicken pot pie soup recipe. It’s so creamy and tasty on it’s own. I need to try more recipes with cream sauces and use this cauliflower recipe.

How To Make The Cauliflower Cream

Anyway to make the sauce you cut your cauliflower into florets and put in a pot. Add enough water to almost cover the florets. Cover and cook until the cauliflower is tender. Drain and reserve 1 cup of the liquid. Add the cauliflower and reserved liquid to a high speed blender along with olive oil, nutritional yeast, garlic, sage and thyme. Blend until smooth and creamy. 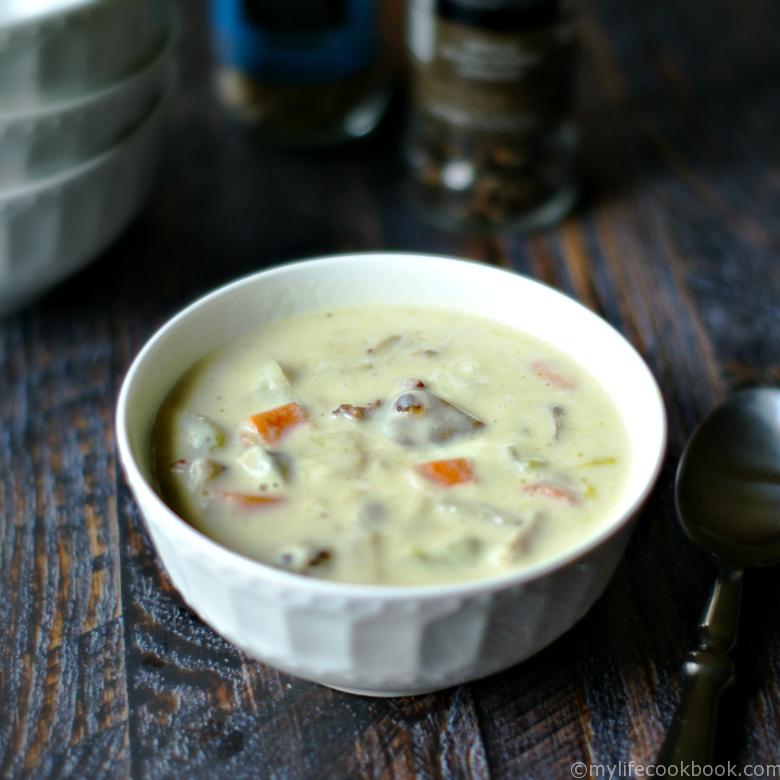 Check to see if the carrot and sunchokes and fork tender and if they are, add in the cauliflower cream. You can use the reserved bacon as a garnish or add it back in the pot. Mix well and let cook for a few minutes and it’s ready to serve. 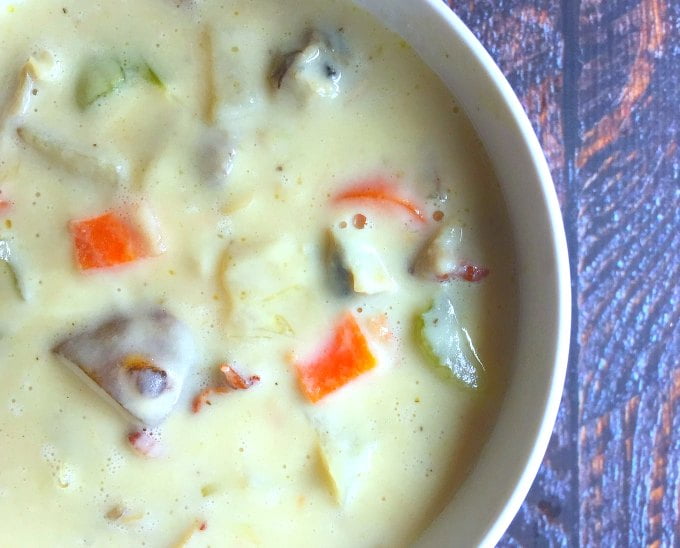 I hope you enjoy the Paleo-ized version of New England Clam Chowder and let me know if you have any questions or comments. The nutritional information for 1 serving: 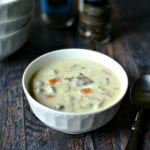 This is a Paleo version of New England clam chowder. Instead of flour you use a cauliflower cream to thicken the soup and instead of potatoes, you use sunchokes or turnips.
Course Soup
Cuisine American
Keyword cauliflower cream, clams, paleo
Prep Time 10 minutes
Cook Time 20 minutes
Total Time 30 minutes
Servings 6
Calories 166 kcal
Author Denise Wright (MyLifeCookbook.com)