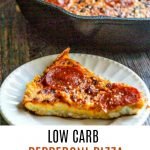 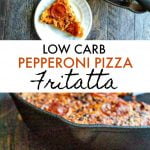 This low carb pepperoni pizza frittata is an easy dish that’s great for those pizza cravings. Pizza for breakfast!

I make a pepperoni pizza almost weekly for my son. It’s his favorite food on earth right now. And every time I make one I think about how good it looks but I never partake. Then recently I made a low carb breakfast pizza and a lightbulb went off.

Now I can have my own low carb pepperoni pizza frittata to eat along with Max and his traditional pizza. The best thing is that it’s so easy to make that it’s no big deal to make both for dinner. And there’s only 3.0g of net carbs per slice. Yay!

The Frittata As A Low Carb Pizza Base

This is the same recipe as my breakfast pizza except the toppings are different. That’s what I like about using a frittata as a low carb pizza base, you can use whatever toppings you want.  You essentially make the base with eggs and cream and bake it until it’s nice and fluffy as shown below. It has a chewy dense taste to mimic bread! 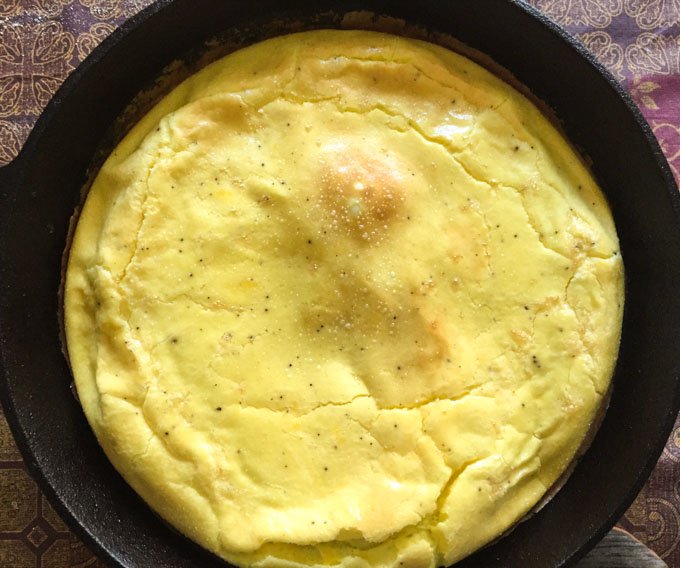 So you start by making your frittata base. Just whisk together eggs and cream together and pour into an oven proof skillet. I like a cast iron skillet for dishes like this. Once it starts to set up, set it in the oven for about 20 minutes.

Take it out of the oven and then add your toppings which in this case is sauce, pepperoni and both mozzarella and Parmesan cheese. 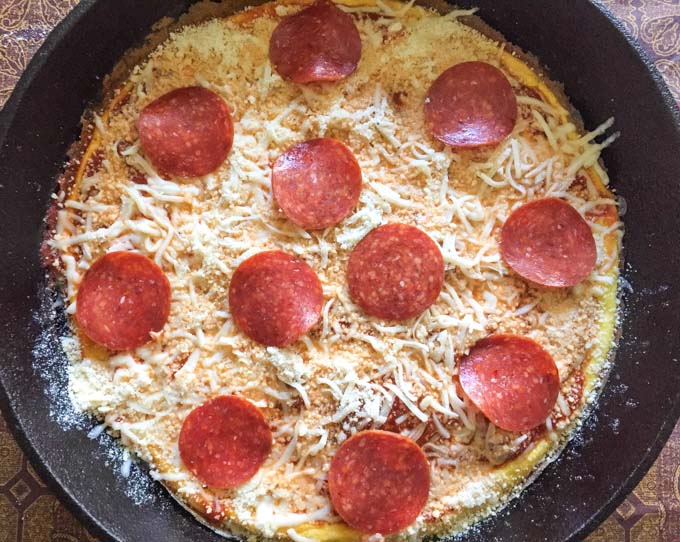 Place it under the broiler until the cheese is melted and brown. 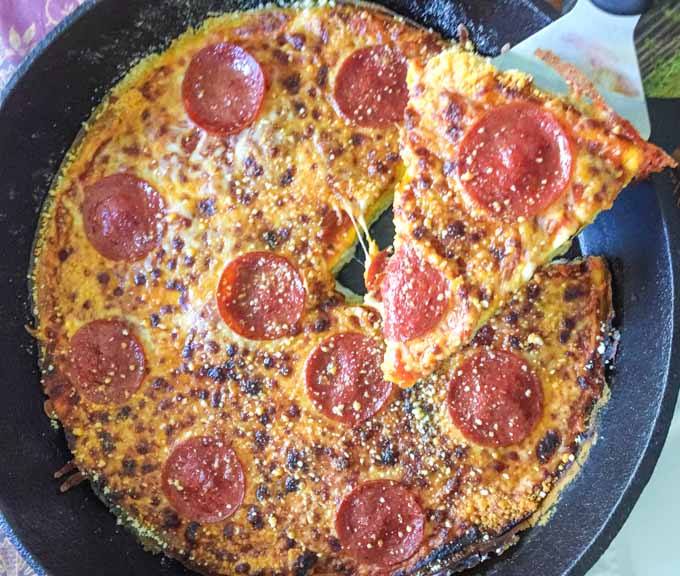 Not too brown like mine came out. I almost didn’t post this because of the darkness of the cheese, but I really liked it and I thought what the heck. So the moral of the story is to watch your broiler to make sure the cheese doesn’t burn. 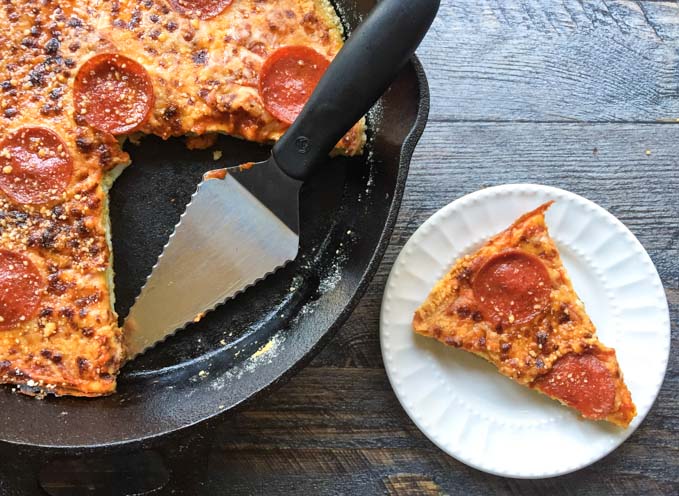 And there you have your low carb pepperoni pizza. Now if I can get Max to eat this I will have truly hit a home run. I’ll keep you posted on that as I plan to be making this a lot for me.

Oh one more thing. I froze a couple of slices for a quick lunch. They were good but eggs tend to get spongy when reheated. If that doesn’t bother you (and it didn’t bother me) go for it.  The nutritional count is as follows: 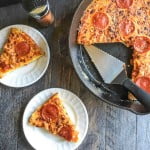