Make a batch of this low carb western omelet in a jar and you will have breakfast for 4 days. Just grab and cook for a minute or two in the microwave. Each jar has just 4.3g net carbs and tastes delicious!

I like eating out of jars and mugs. I needed a low carb breakfast I could quickly pop in the microwave and eat all week. So I came  up with this western omelet in a jar. You just prepare the mixture, store it in a few jars, then microwave for a minute or two and you have a great low carb breakfast! Make a few jars at one time and breakfast is a breeze.

I also have a very popular recipe that is a sausage, pepper and spinach omelet in a jar which is very similar but they are made in the oven. This recipe is purely for a quick on the go low carb breakfast in the microwave.

What Is In A Western Omelet

A western omelet is also sometimes called a Denver omelet and typically it has diced ham, onions and peppers. You can also add some cheddar cheese which of course I have. They are very simple but I personally love the flavor combination. You can mix it up a bit by using different peppers or cheeses, however the standard ingredients are fine with me. 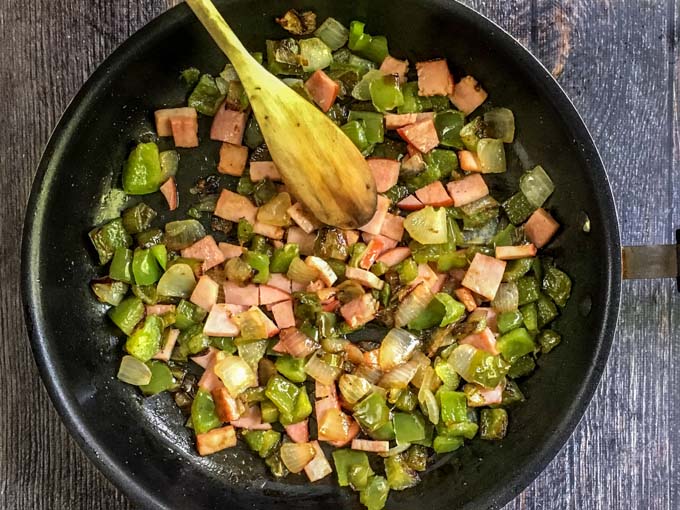 Western Omelet In A Jar Recipe

You start by cooking the onions and peppers and then add the ham. While that mixture is cooling, put a few eggs and a bit of cream in the blender and whip up your eggs. Then assemble a couple of jars by pouring in the eggs, then a few tablespoons of pepper mixture and top with some shredded cheese. Screw a lid on and refrigerate until ready to eat. 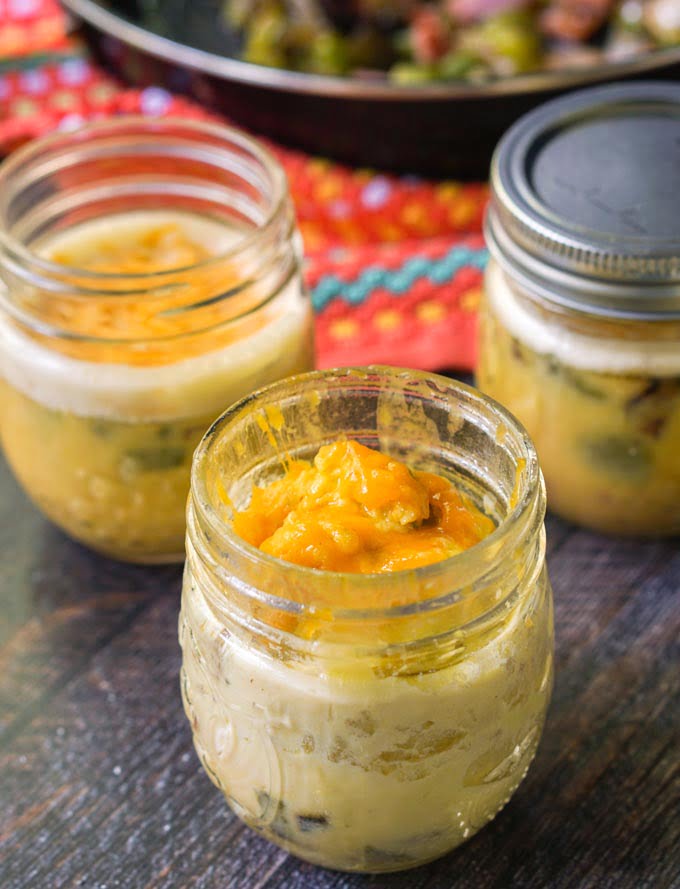 What Kind Of Jars Should I  Use?

In this recipe I used some 8 oz jars like this. This recipe perfectly made 4 omelet jars. However it was tricky cooking them in the microwave because they spill over if you don’t watch them while they are cooking. Eggs in the microwave will puff up a lot and then fall when you are done cooking and even though I only filled them about ⅔rds of the way I think I should have used a 12 oz jar like this. 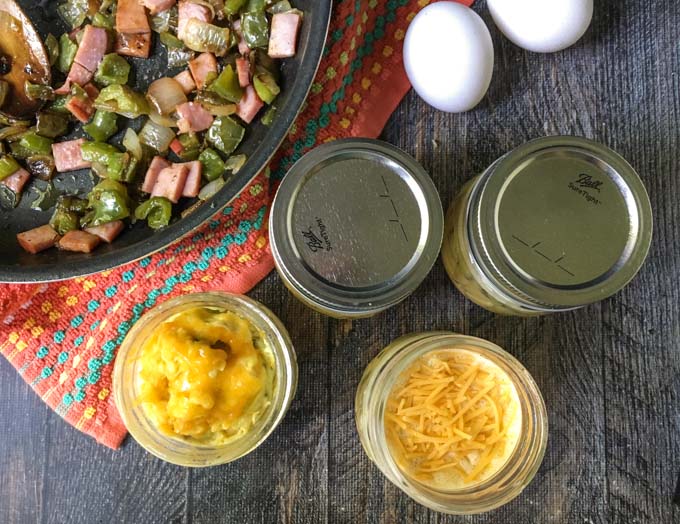 How Long Should I Cook These In The Microwave?

First of all you want to take off the metal lid. You probably knew you can’t put metal in the microwave but just in case. Shake well before cooking and the start with 1 minute. Watch to make sure it doesn’t over flow. Then put it in for another minute and open it when it looks like it might over flow. You might have to do this a few times if you are using the 8oz jar. All in all it might take up to 2 minutes and that’s all. 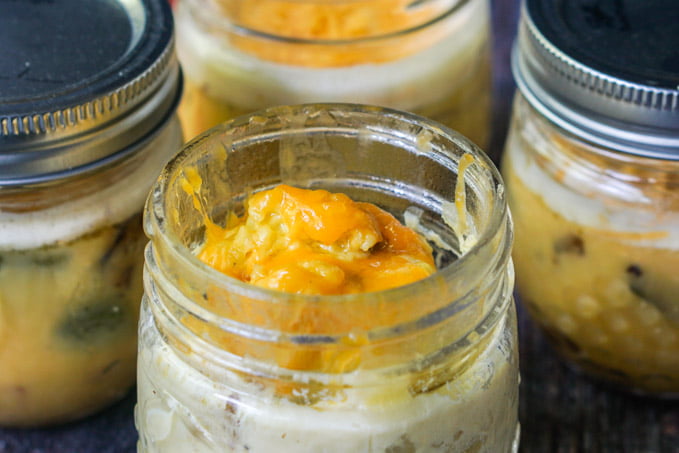 Notes For This Recipe

Enjoy! The nutrition for 1 jar is: 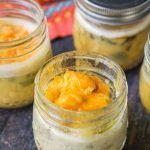 Make a batch of this low carb western omelet in a jar and you will have breakfast for 4 days. Just grab and cook for a minute or two in the microwave. Each jar has just 4.3g net carbs and tastes delicious!

Add this recipe to your Mix!