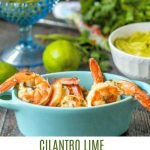 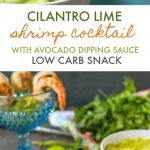 I’ve been in the mood for shrimp lately. I made a similar dish to this for a party I just had and while I liked it them, this cilantro lime shrimp cocktail came out better. I thought that this would be a great low carb snack I could keep in the refrigerator and grab one or two if I was so inclined. And that’s just what I did. I made a big batch for dinner and ate it hot and then ate the leftovers as a snack. 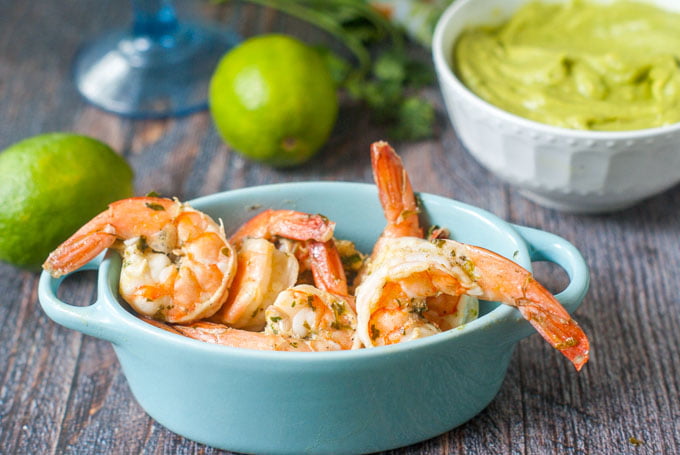 Recently I just made an apricot orange grilled seafood kebab which featured shrimp and I think that is what got me on a shrimp kick. It’s tasty, easy to make and a good low carb food to eat. I want to note with this dish you can eat the shrimp as is and it’s delicious.

I only added the avocado dip because I had a few avocados leftover from my party and wanted to use them. That being said, the dip goes great with the shrimp. There is no garlic in it so it’s not like a guacamole. 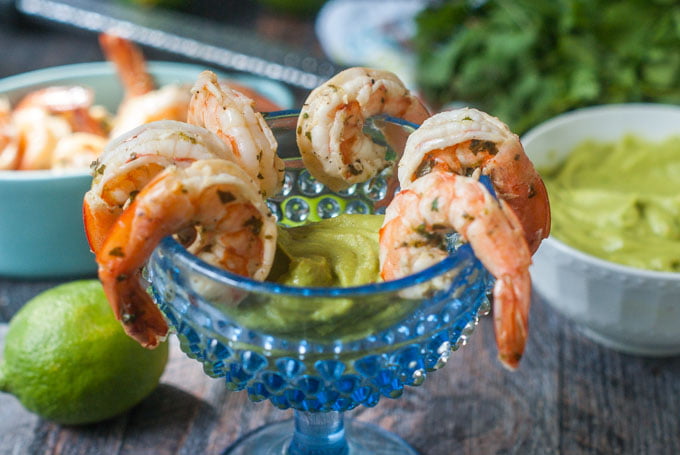 I had these great dessert cups that I bought years ago at a Smith Glass Co. outlet. It was close to where I lived at the time and I loved the color blue. They also reminded me of ones that my grandmother used to make jello in. Funny the things you remember as a kid. She made jello seem fancy! I was looking for them on Amazon but they didn’t have any. This was the closest I could find. Regardless, these dessert cups go along with my eating out of cups fetish. It makes everything more fun! 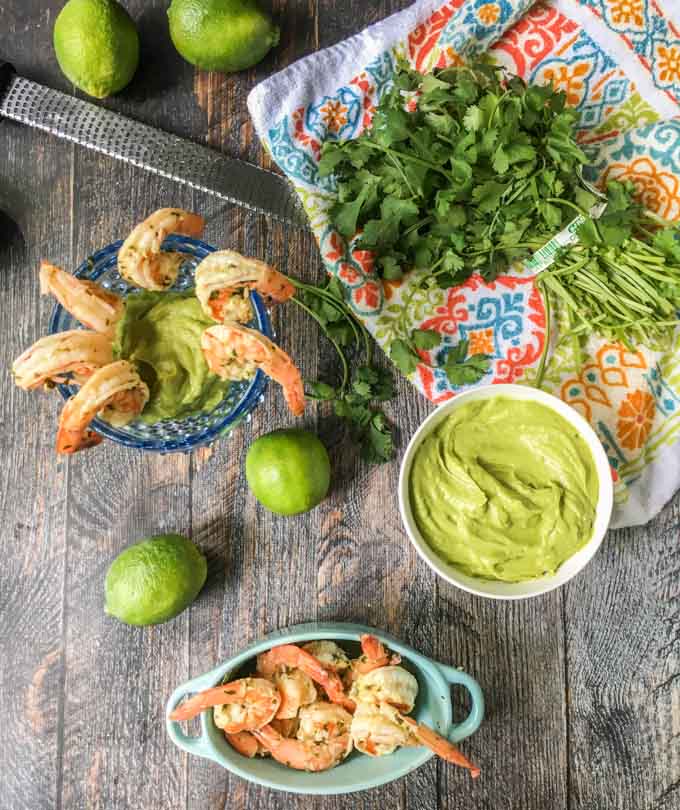 Have you noticed that all of my recipes are rather simple? That’s just the way I cook and my family seems to like it so it works for me.

This marinade is just olive oil, lime juice and zest, garlic and cilantro … lots of cilantro. However if you are one of those people who don’t like cilantro I think you can get away with not using it. Marinate the shrimp a half hour before cooking and then just dump it all in a big saute pan and cook until the shrimp turn pink (about 5-7 minutes).  See what I mean about being simple. 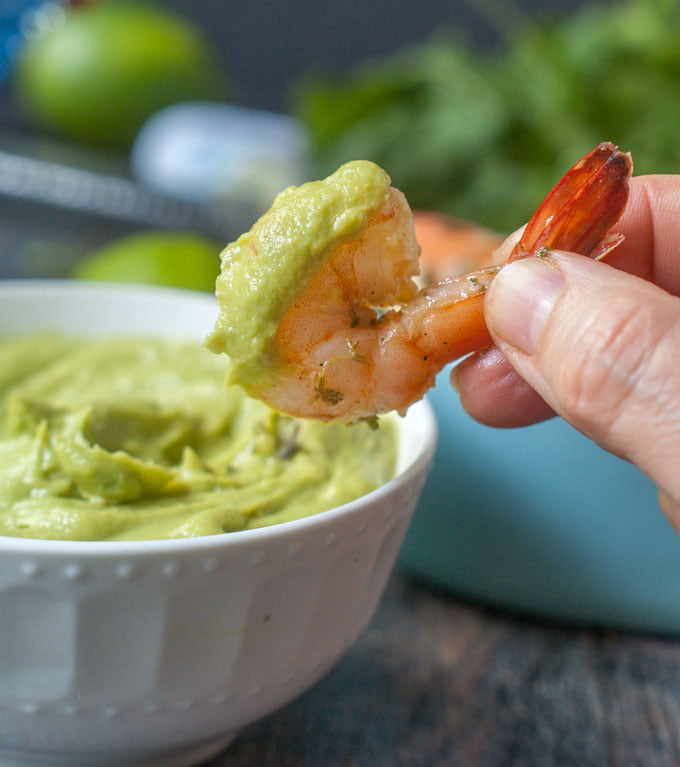 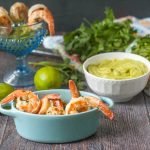