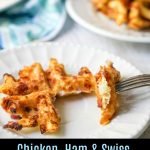 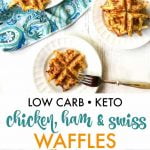 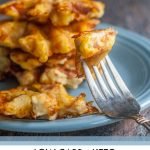 These chicken ham & swiss keto waffles are low carb and most tasty. Only a 5 ingredients and 10 minutes to make with 1g net carbs each.

Every once in awhile I get a craving for these savory waffles. Recently I got the idea to make a chicken cordon bleu type of waffle that essentially has chicken, ham and swiss inside. I’ve already made a handful of savory waffles and thought this would be a good addition.

So I used some rotisserie chicken I had, along with the a few other ingredients and created these chicken ham & swiss keto waffles. Oh am I glad I did. They were awesome! 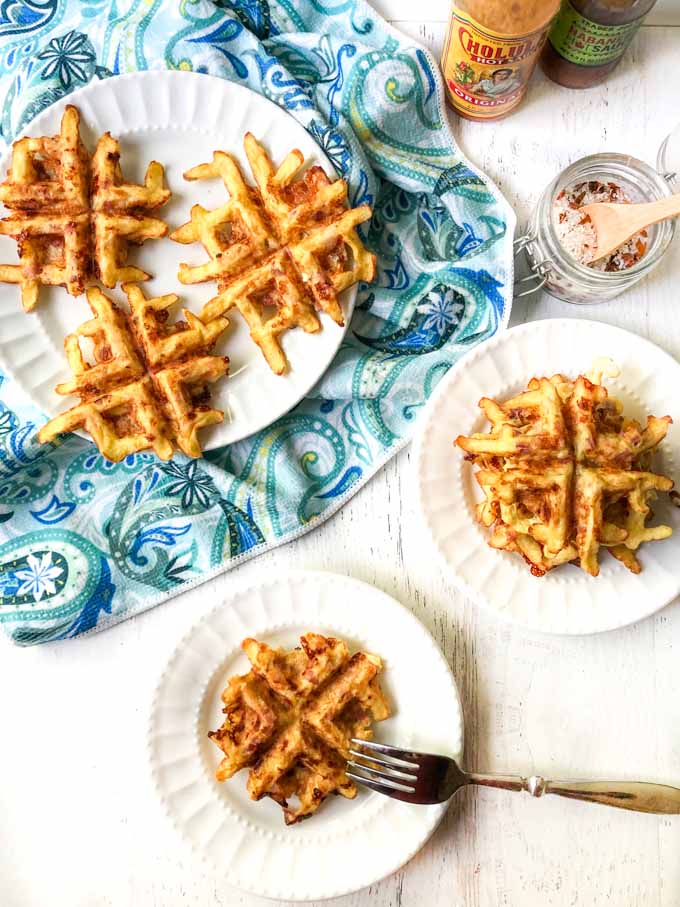 These are not the kind of waffles you would load with syrup and eat for breakfast. Though you could eat them for breakfast. I make them because they are low carb and just darn tasty.

However, I need to find a way to make a big batch of these because I think they would also be great for a party. But for now I can only manage 4 at a time. I do freeze them and reheat them and they taste great, but not quite as good as the ones fresh off the waffle iron. 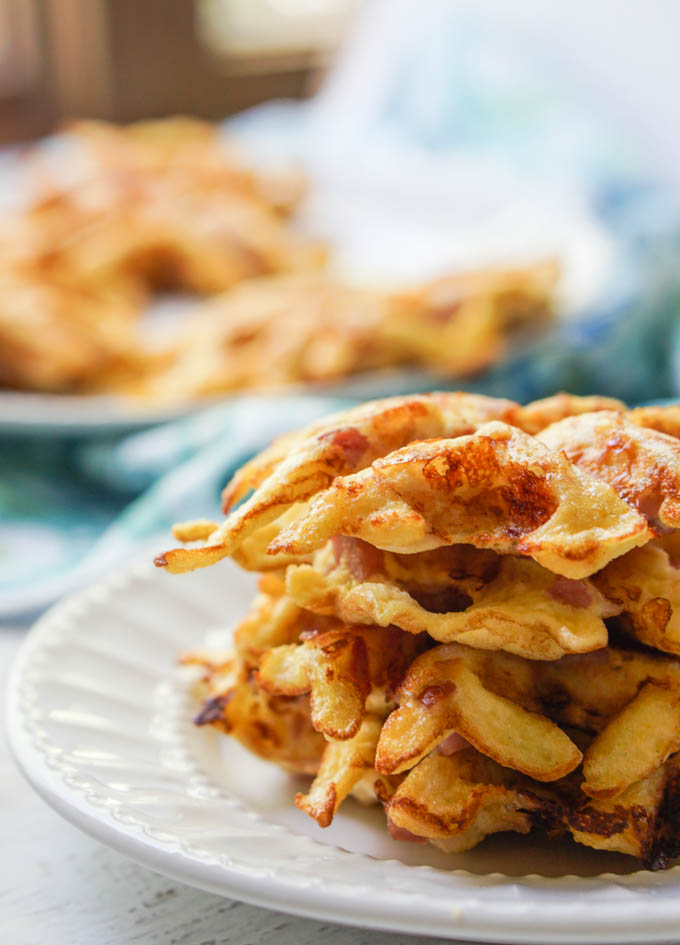 To make this recipe, you mix a beaten egg, cooked chicken, ham, swiss and mozzarella to make your “batter”. You take about ¼ of the batter and put it in the center of the iron and press down. You should get 4 small waffles from this recipe. 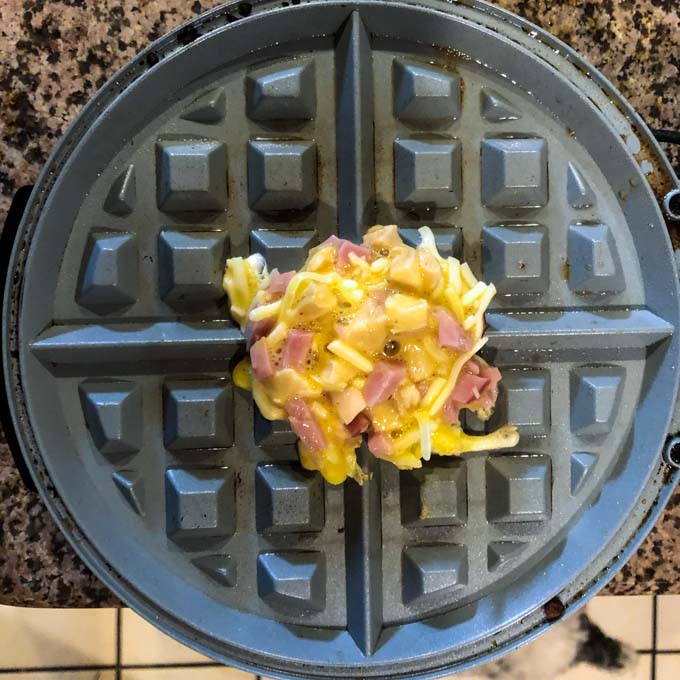 I find that if you keep them small and in the center, they won’t stick to your waffle iron. Well at least they don’t stick to mine. And while you only get 4 small waffles, that is plenty for one person because they are filling. I think it’s because you are essentially eating fried cheese with chicken and ham thrown in. Doesn’t that sound good. 😉 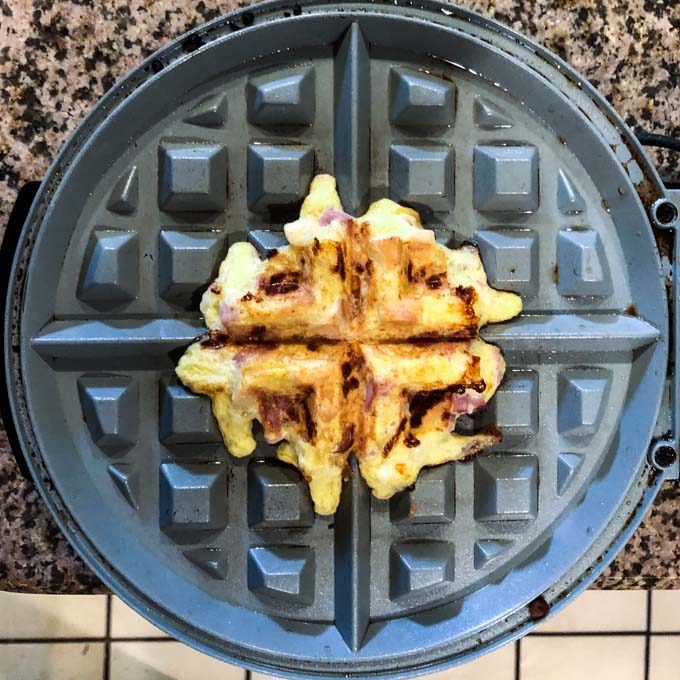 By the way, I have a nonstick waffle iron that I bought from Target that is just wonderful. It was less than $20 I believe and it works great because you don’t have to grease it and nothing sticks to it.

If you like these kind of waffles I would definitely recommend it. It’s an Oster Waffle Iron and you can also get it on Amazon too. 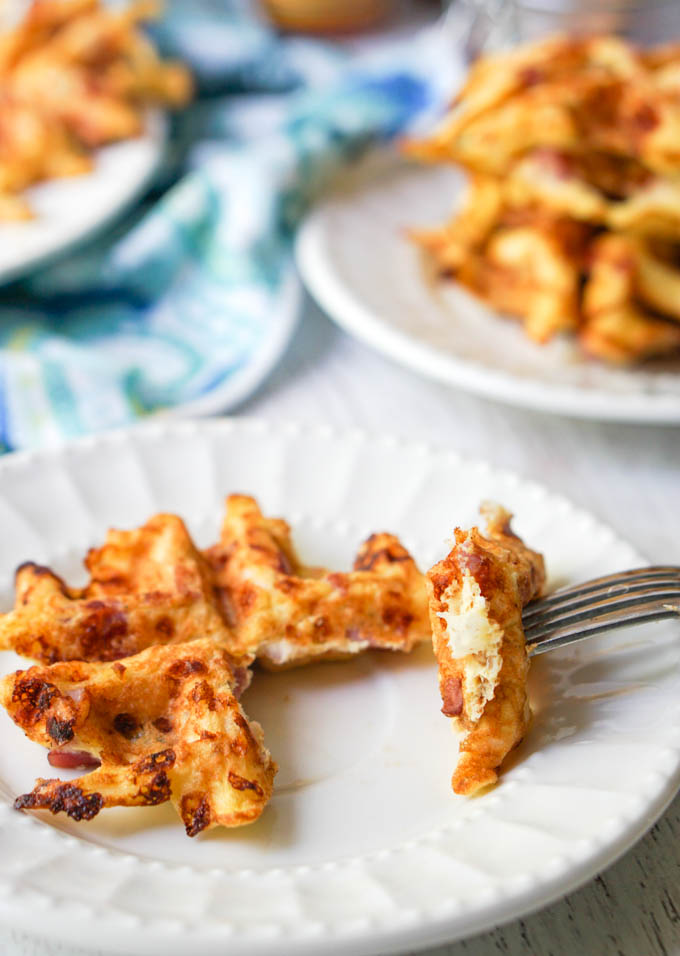 So if you are a fan of the savory low carb waffles, this is another one for you. Only 5 ingredients, to make 4 waffles in 10 minutes that are 1g net carbs each. How’s that for some numbers! I hope you enjoy these delicious chicken ham & swiss waffles.

And if you really like that chicken, ham and swiss combination, try my friend Taryn’s low carb chicken cordon bleu casserole. It looks fantastic! 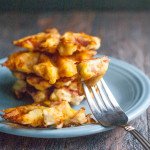