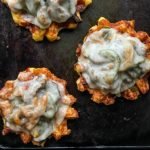 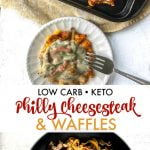 These keto Philly cheesesteaks and waffles are the perfect cure for those your cheesesteak cravings. Steak, peppers and onions topping a savory cheese waffle and covered in provolone cheese. One serving on 1 waffle is only 3.5g net carbs! This post is sponsored by the Certified Angus Beef ® brand in conjunction with a social media campaign through Sunday Supper LLC. All opinions are my own. #Steakholder #BestAngusBeef

I’m sure I’ve mentioned before that we love peppers and onions on just about anything. In this keto Philly cheesesteak and waffles recipe I’ve added a good piece of beef and a savory cheese waffle and it was delicious! It’s a very easy keto recipe and I think everyone will like it! Best of all for me, each serving has only 3.5g net carbs.

What Type Of Meat For A Keto Philly Cheesesteak

Typically a Philly cheesesteak is made with thinly cut ribeye steak which can be a bit expensive. Also sometimes your grocery store will have beef already sliced up for a cheesesteak. I wanted to use Certified Angus Beef ® brand so after discussing this with the butcher at Giant Eagle I decided to try a sirloin steak. He was worried I’d have trouble cutting it thin but I found away. 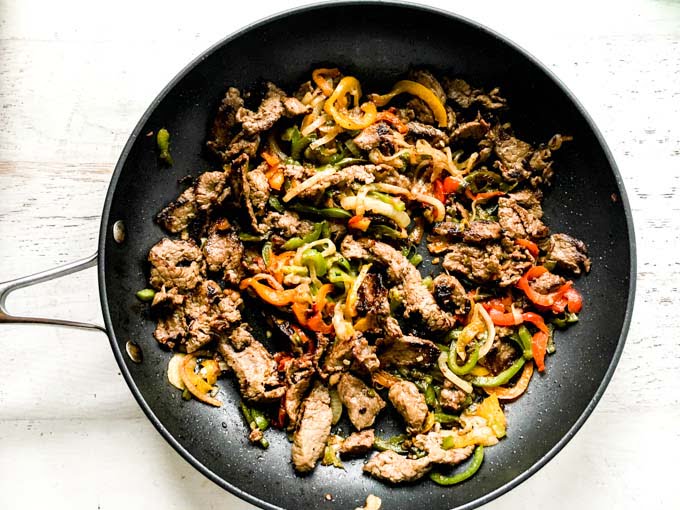 The Secret To Think Slices Of Beef

My husband told me this trick. Just freeze the meat for about an hour before using and it will be much easier to slice. Also use a good knife which I bought from Cutco many many years ago. 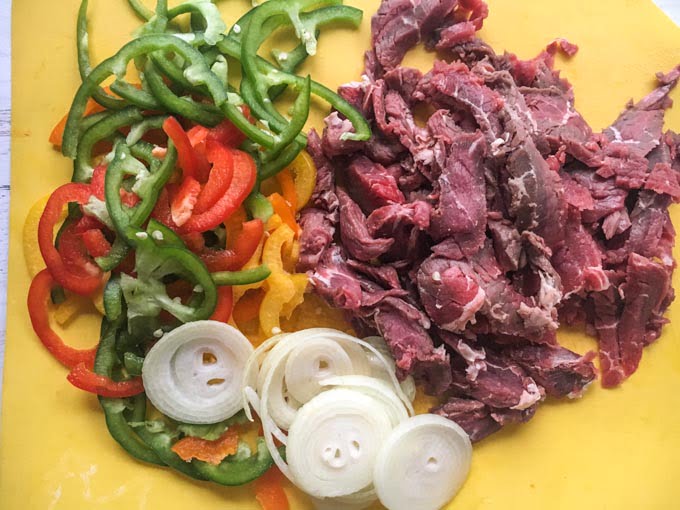 To  me a cheesesteak involves good beef, thinly cut onions and peppers and a good melty cheese on top. Being keto the bun is kind of out the question but I got around that by using my cheese waffles. They were dynamite together! I would venture to say they were even better than a bun. 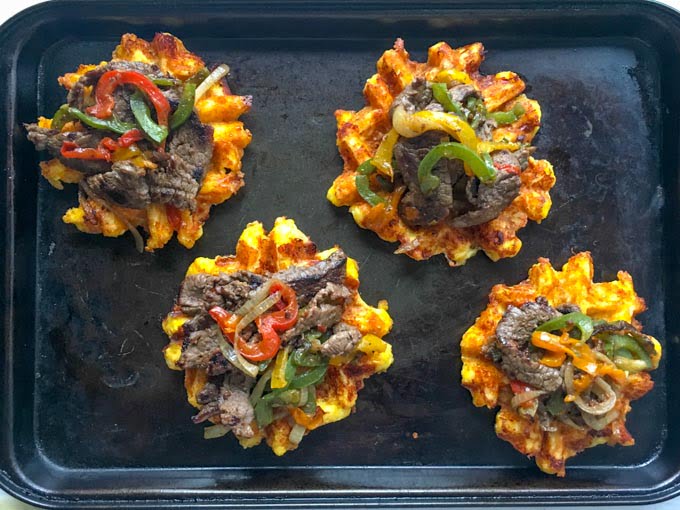 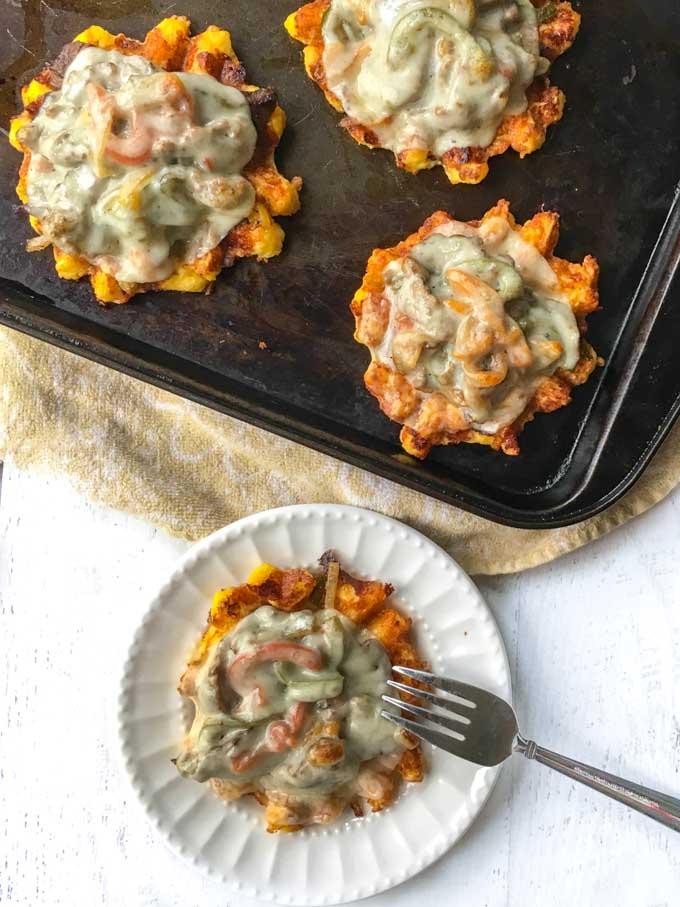 How To Eat These Cheese Waffles And Cheesesteaks

I like using a fork, however that doesn’t mean you can use two waffles to make a bun. It will be a little messier than your typical bun but it can be done. I personally like having more meat and vegetables than the cheese waffle so a open face sandwich worked better for me. 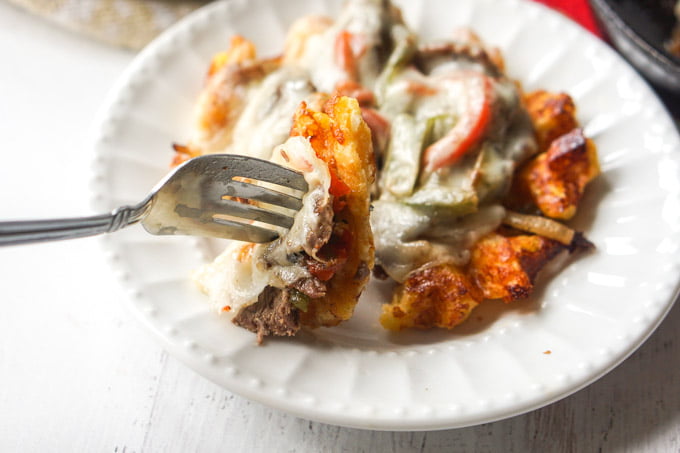 You can also eat this straight from the skillet. I have these mini cast iron skillets that you can divide the meat up and place cheese on top. Eat it right from the skilled for an even lower carb dinner. I think I bought these skillets at Target many years ago but they have them on Amazon too!. I used them in the low carb skillet chocolate cake too. 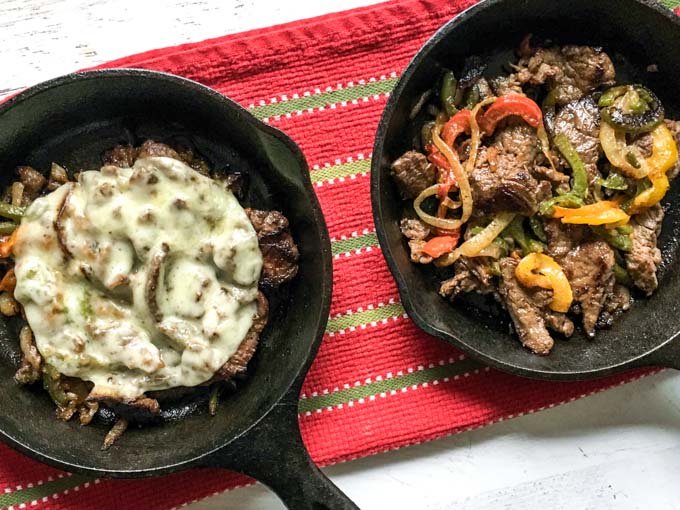 This keto Philly cheesesteak is really, really tasty and I could eat them right out of the pan. The following is the nutrition for the waffles and beef mixture separately.This assumes the meat makes 6 servings.

The nutrition for 1 serving cheesesteak mixture: 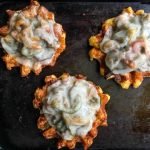 These keto Philly cheesesteaks and waffles are the perfect cure for those your cheesesteak cravings. Steak, peppers and onions topping a savory cheese waffle and covered in provolone cheese. One serving on 1 waffle is only 3.5g net carbs!