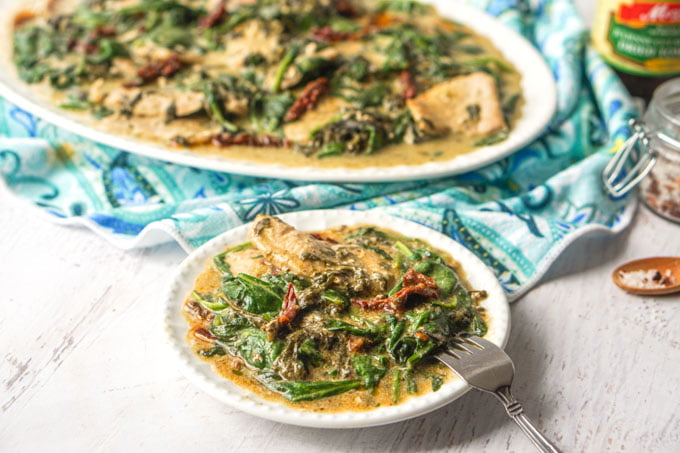 I had an idea for this recipe. What if I put some lean pork chops, spinach and creamy salad dressing in a slow cooker, would it be good. They answer is yes but it won’t look good. When I made this the other day I thought there was no way my husband would eat it but I was wrong. He loved it! I made such a big batch and he ate it for the next two days. So don’t judge this low carb pork casserole by it’s pictures. It tastes way better than it looks. 🙂 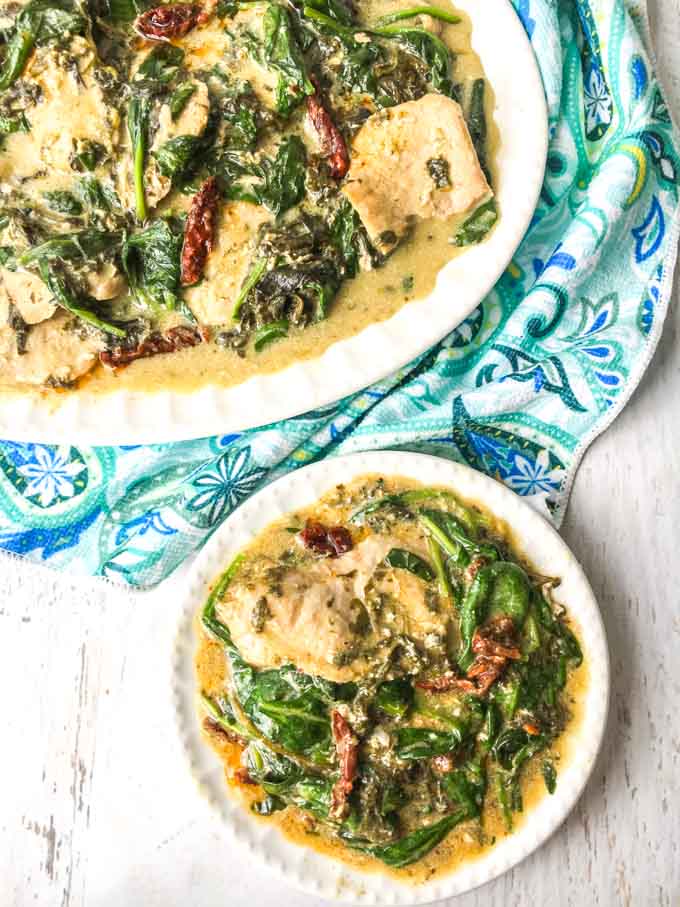 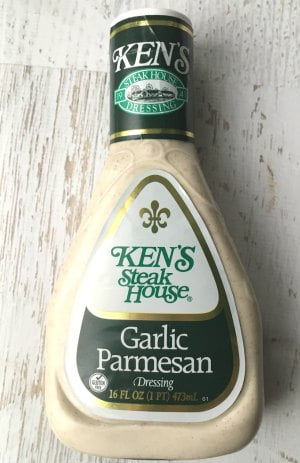 There are only 4 ingredients in this recipe: spinach, pork chops, garlic parmesan dressing and sun dried tomatoes. Originally I didn’t have the tomatoes in it but I felt it was a bit sour and the sun dried tomatoes gave it some sweetness to balance it out.

For the dressing I used Ken’s Garlic Parmesan dressing. I used the whole bottle but it produces quite a bit of sauce. You could probably cut that down to 3/4 of bottle if you wish. 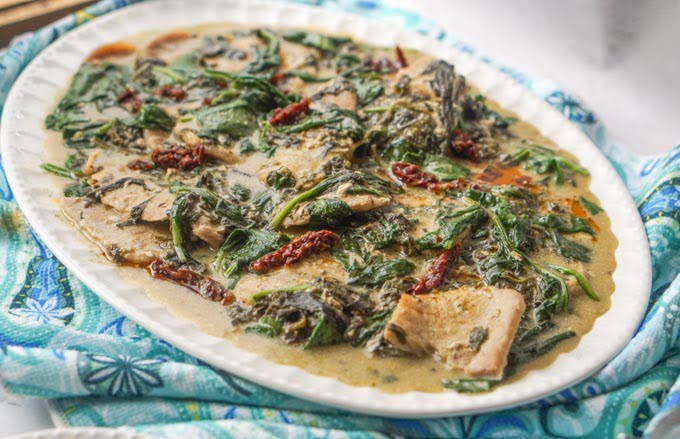 What Type Of Pork Do You Use?

I used a large package of boneless center cut pork chops I got from Aldi. It had 16 very small pork chops in the container and I used them all. This recipe makes 8 servings so you might want to scale it down a bit or freeze half of it. I think you could use any type of pork chops but they should be thin. You could also use pork loin chops or boneless pork ribs too. 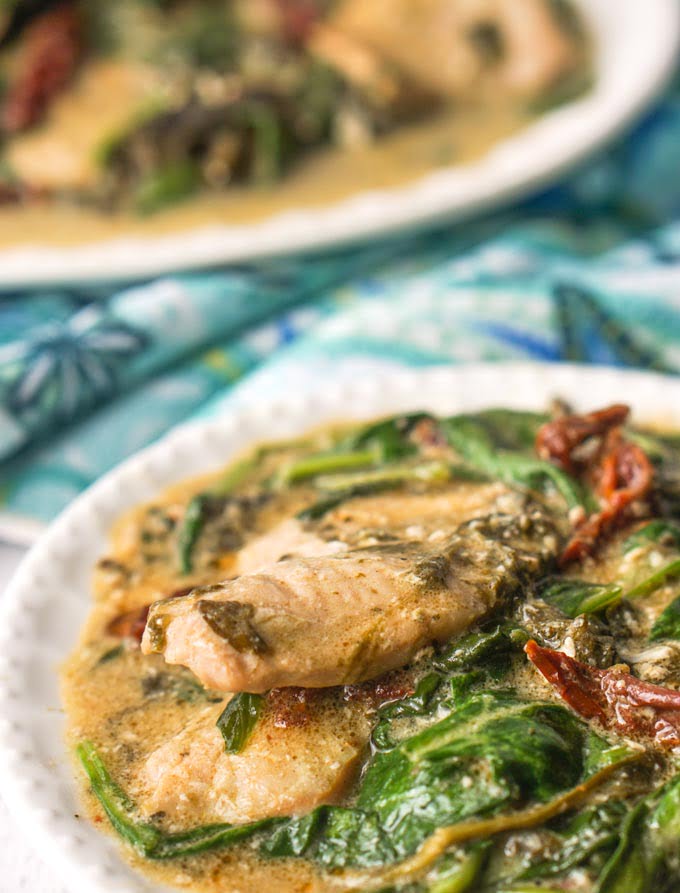 Now For The Recipe

When it’s done, take off the lid and add in another bag of spinach. Slowly mix it in and it will wilt quickly. The first batch of spinach will cook down to nothing. That is why I added an extra bag because I wanted more volume.

Then add in the tomatoes and stir well. You can probably add the tomatoes earlier but it was an after thought for me. 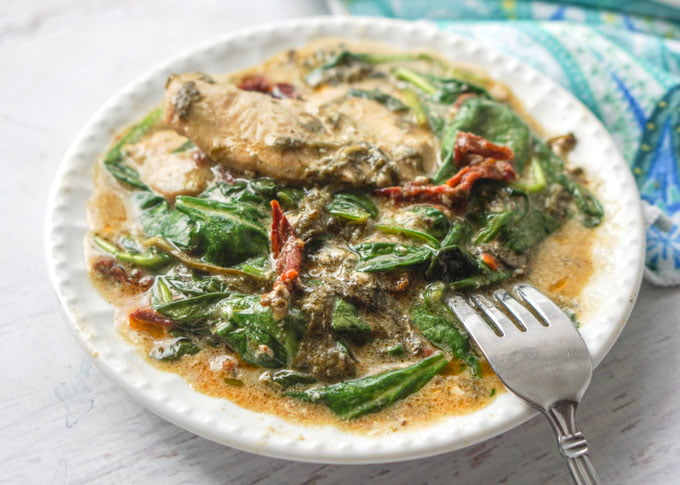 Well I hope you enjoy this low carb pork chop casserole as much as my hubby did! If you don’t care about the carbs, add some cooked rice at the end and it will soak up all that juice. The nutritional information for 1 serving is: 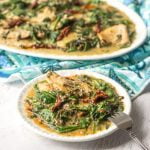