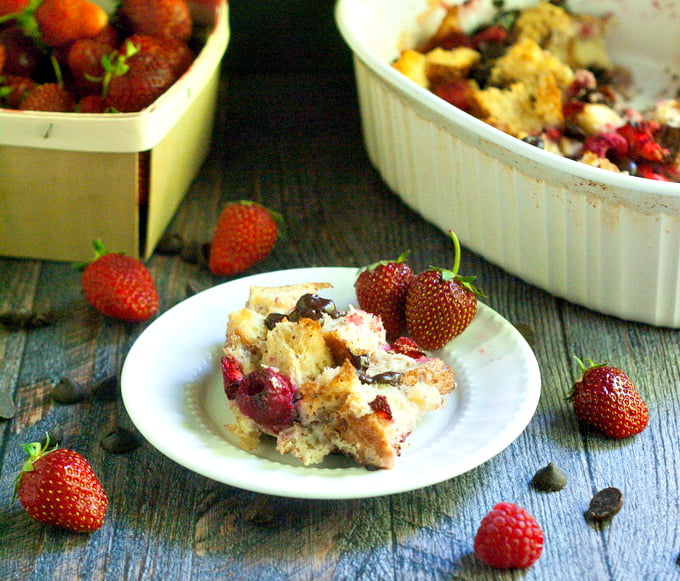 The reason I decided to make this dish is because I had a lot of good crusty bread leftover. I was on a sandwich kick (something out of the ordinary for me) and had bought a few loaves of good hearty bread and had a lot left over. That’s when I remembered that Food Network bread pudding and thought to make my own.  I’m one of those people who hates to throw food away. Not sure if that is good or bad, but that trait comes in handy when you are making bread pudding because it calls for stale bread! 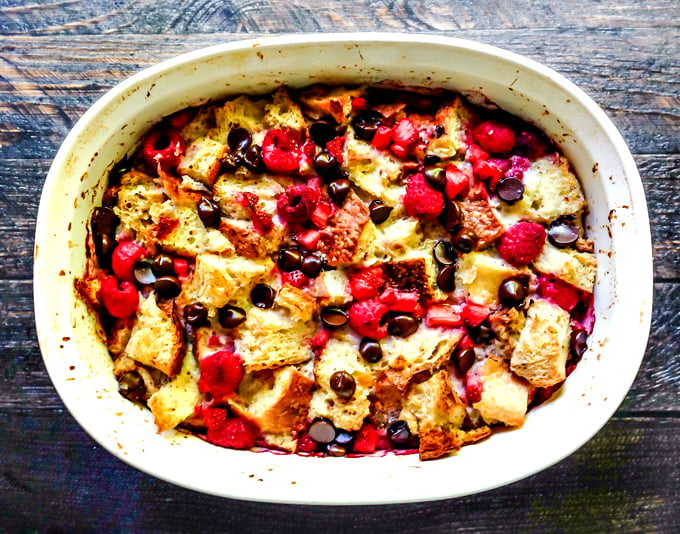 Typically most recipes seem to use a sweeter bread like brioche but other breads will work too. I used French bread and a multigrain bread and it was just fine. I just cubed the bread and tossed it with a mixture of egg, cream, milk, sugar and spices. Then let it soak for 15 minutes and added the berries and chocolate. Popped it in the oven and I had myself a tasty bread pudding 40 minutes later. 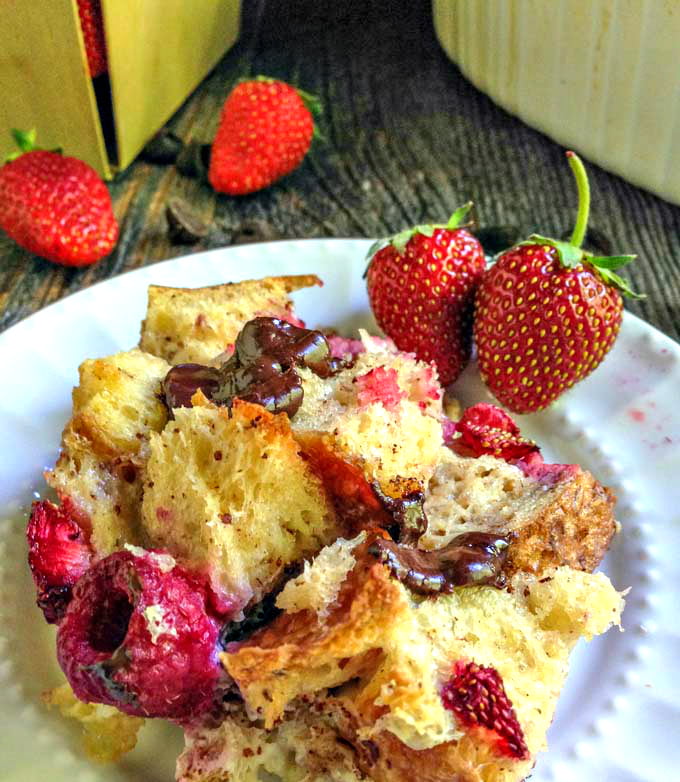 This is not super duper sweet. I think it would be great for breakfast as well as dessert. Actually I ate it for breakfast and dessert. So I hope you like this chocolate berry bread pudding. As I mentioned it’s my first foray into bread puddings. Do you have a favorite flavor combination? I’d love to hear about it since this is all new to me. Enjoy! 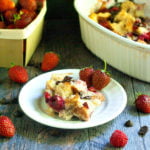