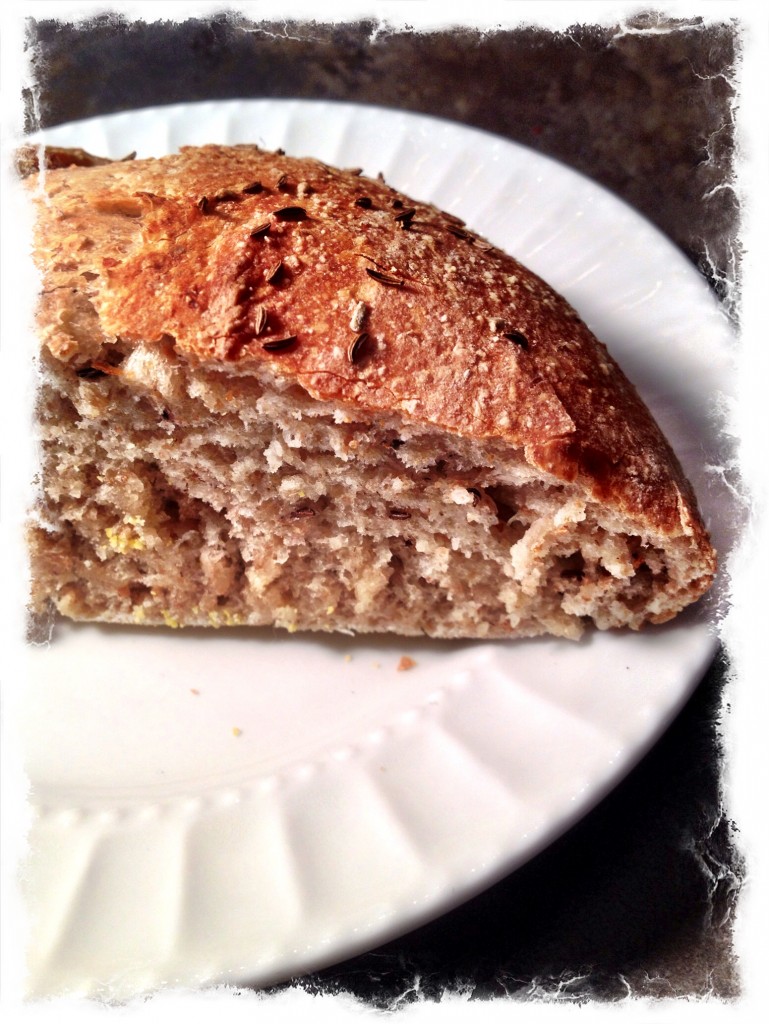 . I am floored at how easy it is to make crusty, delicious bread. I always thought bread making was an artful science. The science being the chemical reactions of the ingredients making the bread rise and bake. And the art being the look and taste of a nice crusty loaf of bread that not everyone can master. This book has made me into an artful bread maker.

While I can’t disclose the recipe, I can tell you it involves mixing your basic ingredients in a big bowl, letting it rest and then storing it in the fridge. You can then take out pieces at a time to make homemade bread everyday. The dough lasts in the fridge for a week or two so how great is that!

So far I’ve made a hearty rye bread, focaccia bread, flat breads and numerous pizzas. As I write this I have a big bowl of dough in the fridge and can make about 3 more pizzas on the fly. Very handy when you have a 9yo boy who adores pepperoni pizza. This is one of those books that I want to buy for those people in my life that enjoy cooking as much as me but I just found out that some of them already have it!

So if you are someone who has always wanted to learn how to make that crusty loaf of bread but found it intimidating or difficult, this is the book for you. It literally takes just a few minutes to measure and mix the ingredients and then you let it set. After that you can pop it in the fridge for later use or make a loaf right then. It truly is easy and more importantly the bread tastes REALLY good!